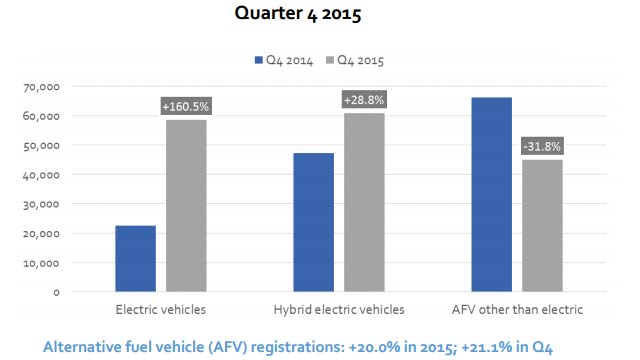 In the fourth quarter of 2015, total alternative fuel vehicle registrations in the EU continued the positive momentum (+21.1%), totalling 164,718 units.

Among the EU’s major markets, the Netherlands saw the largest increase of AFVs registered over the last quarter (+258.1%), followed by France (+43.7%), Germany (+27.8%) and the UK (+17.4%). Growth in these countries was fully driven by electric and hybrid electric car markets, especially in the Netherlands where the largest number of new electric cars was totalled. Italy performed less well compared to Q4 2014 (-23.6%), mainly due to the decline observed in the gas-fuelled car registrations, which represent more than 80% of total AFVs. 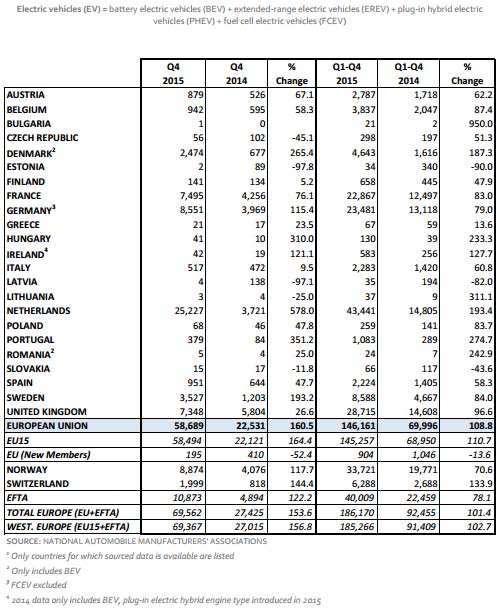 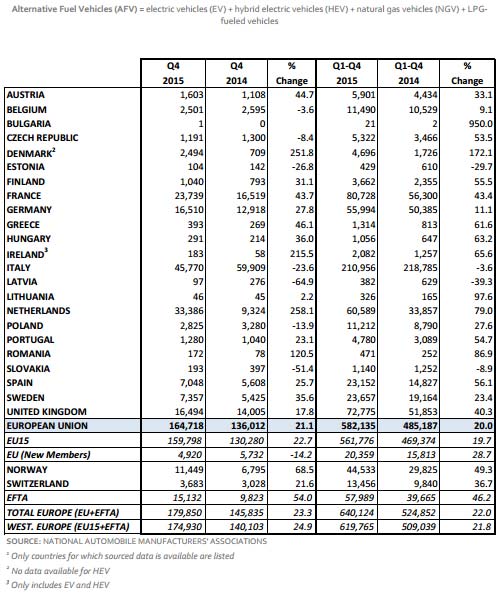