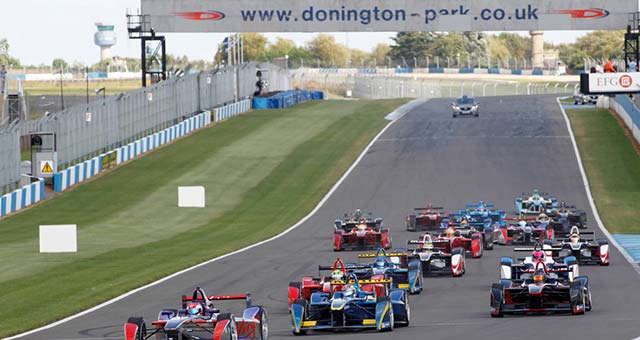 Sky will broadcast live all races of the new FIA fully-electric racing series, which begins in Beijing on 13 September. Apart from the exclusive TV broadcasting rights, the agreement also includes the internet, IPTV and mobile rights.

Formula E races, or ePrix, will take place on Saturdays. The live broadcasts on Sky will include half an hour of pre-coverage and 15 minutes of post-race analysis. Sascha Roos and Sven Heidfeld – the younger brother of Venturi Formula E driver Nick – will provide commentary for Sky with the first race aired from 9:30am (CET) live on Sky Sport HD 1.

Sky Deutschland AG is the leading pay-TV provider in Germany and Austria with more than 3.8 million subscribers.

Formula E is the FIA’s new fully-electric single-seater championship designed to appeal to a new generation of motorsport fans, whilst accelerating the interest in electric vehicles and promoting sustainability. Racing entirely on temporary city-centre race tracks, it uses cars capable of speeds in excess of 150mph (225kph). The first of 10 races takes place in Beijing with the season finale taking place in London on June 27 2015.

All 10 races of the 2014/2015 Formula E season are street circuits. Among the venues are Beijing, Buenos Aires, Miami, Long Beach, Monte Carlo, London and Berlin. The race in the German capital will take place on 30 May 2015 at the former airport area in Tempelhof.