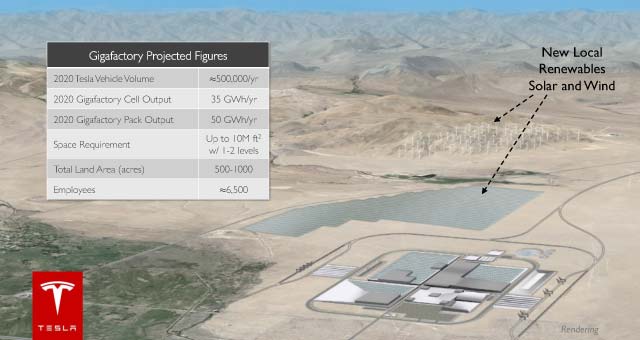 Tesla Motors has decided to build its $5 billion battery ‘Gigafactory‘ in Nevada.

“That’s a go, but they are still negotiating the specifics of the contract,” a source within the Nevada’s governor’s office told CNBC Wednesday afternoon.

Nevada Gov. Brian Sandoval has called press conference Thursday in Nevada’s capitol in Carson City where the deal is expected to be announced.

Last month Tesla confirmed that a construction site east of Reno/Sparks is a Tesla project, but company representatives stopped short of confirming it would be the Gigafactory battery plant.

Besides Nevada and California, other states named as finalists for the project included Texas, New Mexico and Arizona. Tesla has indicated it may build a second battery factory as well.