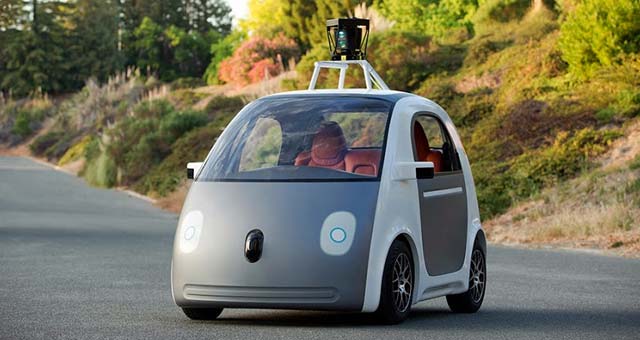 Google is starting to build its own self-driving car in its quest to pioneer individual transport that needs only a stop-and-go function.

The Google self-driving car will have a stop-go button but no controls, steering wheel or pedals.

It will seat two people and will have an electric propulsion. At the start, its speed will be limited to 25mph (40km/h) to help ensure safety.

The self-driving car will depend on Google’s road maps, built specifically for the program, and tested on the company’s current fleet of vehicles.

Google said it plans to build about 100 prototype vehicles.

“We’re really excited about this vehicle – it’s something that will allow us to really push the capabilities of self driving technology, and understand the limitations,” said Chris Urmson, director of Google’s self-driving project.

“They won’t have a steering wheel, accelerator pedal, or brake pedal… because they don’t need them,” Umson said in a blog post. “Our software and sensors do all the work. The vehicles will be very basic—we want to learn from them and adapt them as quickly as possible—but they will take you where you want to go at the push of a button.”

Google has been testing self-driving cars since 2009. Until now, the company has focused on adapting existing car models with its self-driving technology, and has driven hundreds of thousands of miles on public roads using Lexus SUVs and Toyota Prius models fitted with special equipment.