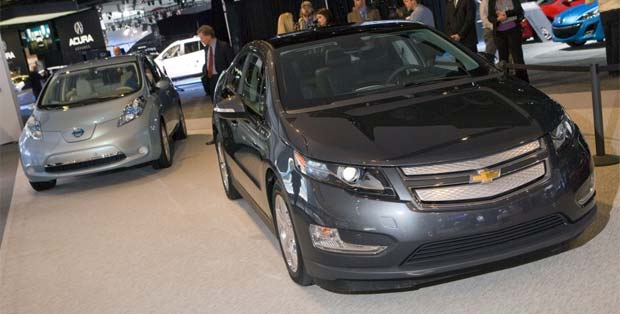 The Chevrolet Volt continued its recent strong sales, with 2,851 Volts delivered in September.

That’s 20 units over its previous best monthly record of 2,831 units set in August, and significantly more than the 1,849 units sold in July.

UPDATE
Deliveries of the Prius Plug-in Hybrid totaled 1,652, up from 1,047 in August, 668 in July and 695 in June. For the year—February through September—Toyota has sold 7,734 Prius Plug-in Hybrids in the U.S. Toyota sold 61 units of the RAV4 EV in the vehicle’s first partial month on the market.

Honda reported selling 16 units of the Fit EV in September, while Mitsubishi sold 36 ‘i’ electric cars.

In September, plug-in vehicle sales eclipsed the 5,000 mark for the first time ever.

Oct 5, 2012Blagojce Krivevski
Electric Scooters in Asia Pacific Will Increase Nearly Tenfold from 2012 to 2018Study: Electric Cars Cause as Much Pollution as Regular Cars