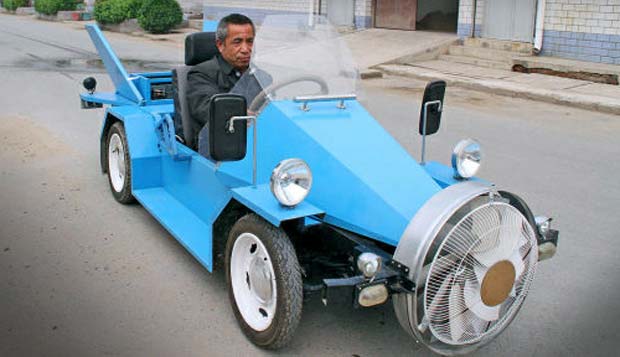 A 55-year-old Chinese farmer has invented a wind-powered electric car that he believes could revolutionize China’s auto industry.

Tang Zhenping has spend around US$1,600 for three months using scrap parts from a motorcycle and electric scooter to create an electric car which can be charged via the large fan at the front of it.

The inventor claims the turbine gives his vehicle three times the battery life of other electric cars. The model has a top speed of 70mph (113km/h).

The farmer says he dreamed of building an electric car for three decades, but was unable to interest government officials or private investors. He now hopes car manufacturers will take an interest in his prototype.