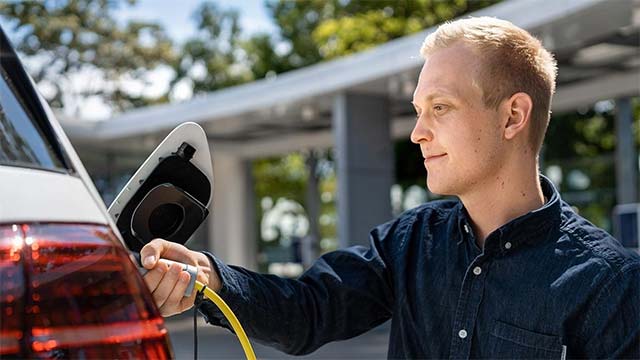 Among the early adopters who own an electric vehicle (EV) 82% say they “definitely will” consider purchasing another EV in the future, according to the inaugural J.D. Power U.S. Electric Vehicle Experience (EVX) Ownership Study, released Thursday. However, satisfaction with the current ownership experience is a key influencer for whether owners will purchase the same brand of EV again.

“Brand loyalty can be fickle among EV owners,” said Brent Gruber, senior director of global automotive at J.D. Power. “While early adopters of EVs say they’ll remain loyal to EVs in general, staying with the same brand is not a sure thing. Auto manufacturers will have to keep EV owners and shoppers interested in their products beyond just the cost equation. With automakers expected to flood the market with EV launches during the next three years, to capture a share of the market they need to offer vehicles that evoke excitement and meet owners’ broader needs.”

Following are key findings of the 2021 study:

– It’s mostly about range: When deciding which electric vehicle to buy, the most-often-cited factor in the purchase decision is battery and driving range. Even after the purchase is made, range is still a critical element of the ownership experience. In both premium and mass market segments, accuracy of the stated battery range and actual battery range experienced by the owner account for about 20% of owners’ overall satisfaction. “Even though most owners drive less than the stated range of their vehicle’s battery, they still want to know that the actual battery range is close to the stated battery range,” Gruber said. “It’s still about peace of mind.”

– Driving enjoyment vs. quality concerns: While driving enjoyment varies significantly by segment (892 for premium BEV and 758 for mass market BEV), only in the mass market segment does driving enjoyment outweigh quality and reliability. Quality and reliability is the most important factor of the premium electric vehicle ownership experience. It’s notable that, while Tesla is seen to have poor quality, Tesla owners are more highly satisfied overall, indicating their willingness to overlook quality problems.

– Show me the savings: Owners of both premium and mass market EVs agree on one reason for choosing electrification over internal combustion engines (ICE): the expected lower operating costs of an electric vehicle. Cost of ownership is a key driver in the purchase of an EV that typically has fewer parts to maintain, has less frequent service requirements and results in lower fuel costs than ICE vehicles. 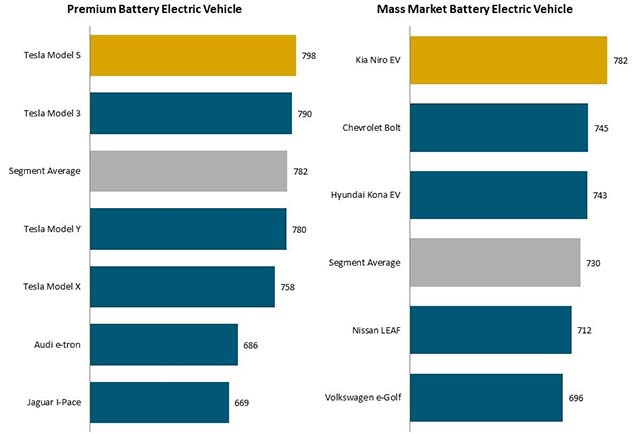 The U.S. Electric Vehicle Experience (EVX) Ownership Study is driven by a collaboration with PlugShare, the leading EV driver app maker and research firm. This study sets the standard for benchmarking satisfaction with the critical attributes that affect the total or overall EV ownership experience for both BEV and PHEV vehicles. Survey respondents for the inaugural study include 9,632 owners of 2015-2021 model year BEVs and PHEVs. The study was fielded in October-November 2020.