BMW i in the summit-club of the electric mobility world 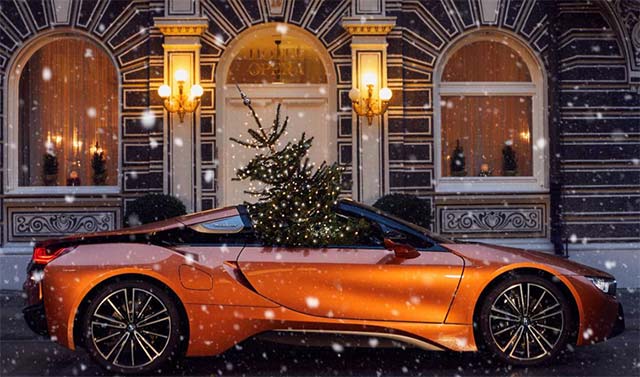 With 2017 coming to a close, BMW Group brand BMW i has cemented its place among the global leaders in electric mobility.

For the first time, more than 100,000 BMW i, BMW iPerformance and MINI vehicles with fully electric or plug-in hybrid drive systems have been delivered to customers within a year.

According to the independent POLK / IHS Report (issue 7.12.2017), the BMW Group tops the electrified vehicle market in Germany and Europe with a 21% share of registrations. The BMW Group is tied for first place globally, its 10% market share equal to that of an American manufacturer.

The BMW Group’s market share in the electrified vehicle segment (in Europe and worldwide) is now more than three times larger than its share of the traditional vehicle market. And while in Europe 2% (globally: 1%) of all new registrations across all manufacturers are accounted for by electrified vehicles, the figure for the BMW Group is now 6% (globally: 3%). The BMW Group therefore has a disproportionally strong representation in the expanding electric mobility market.

The BMW i brand has now secured the naming rights from BMW i1 to i9 and BMW iX1 to iX9. The BMW i8 Roadster will go on sale next year, followed by the battery-electric MINI in 2019, the electric version of the BMW X3 in 2020 and the BMW iNEXT in 2021. The BMW iNEXT’s role as a technology spearhead will see it bringing electric mobility together with autonomous driving and new in-car connectivity possibilities in a series-produced model for the first time.

The BMW i Vision Dynamics study – a four-door gran coupe with pure-electric drive system and planned range of 600 kilometres (373 miles) presented at the 2017 Frankfurt Motor Show (IAA) – offers another glimpse into the future of the BMW i brand.

From 2021, the next (fifth) generation of BMW i electric drive and battery technology will use scalable electric modular technology to enable all model ranges to be equipped with every type of drive system.

Electric mobility is an essential element of the NUMBER ONE > NEXT strategy the BMW Group has devised to further strengthen its position as a leader in premium personal mobility and mobility services. The company will offer 25 fully-electric or part-electric models worldwide up to 2025 and expects electrified vehicles to then make up between 15 and 25% of global sales

BMW i: a leading electric mobility system supplier
Above and beyond its line-up of electrified vehicles, BMW i – as a hub within the BMW Group – is also pushing ahead with other areas of electric mobilisation as part of its ongoing commitment to the field:

– BMW i high-voltage batteries are in increasing demand beyond road vehicles – e.g. to supply power to electric propulsion systems for boats (e.g. Torqeedo), commercial vehicles (e.g. Streetscooter) and stationary energy storage applications (e.g. Beck). The plug-and-play capability of BMW i batteries (which were intended from the outset for stationary use after the end of their long service life in cars) is now also very much in demand for new batteries. For example, over 30.7 megawatt hours of storage capacity in the form of new BMW i batteries was supplied to industrial customers in 2017. This equates to a fleet of 1,400 BMW i3 cars.

– ChargeNow, the public charging service from BMW i, now offers access to more than 130,000 charging points in 32 countries – with a single registration. This makes charging as easy as paying for petrol with a credit card.

– BMW has so far invested 14.4 million euros in manufacturer support for electric mobility in Germany since the launch of the country’s scrapping bonus, making it the biggest single source of funding.

BMW i was presented with the UN’s Momentum for Change award for global involvement in charging infrastructure projects and has since remained one of the leading initiators of electric mobility projects worldwide.

– As part of an initiative in which the BMW Group was a founder member, super-fast European charging network Ionity has taken on an operating role.

– The number of BMW i3 vehicles in the international DriveNow and ReachNow car-sharing programmes has been further expanded. They have now opened up easy initial access to electric mobility for hundreds of thousands of customers around the world. At a steady 15 per cent, the share of electrified vehicles in these fleets is many times higher than that in the respective national markets overall.

– The BMW Digital Charging Service – the first of its kind and a logical further development of an earlier BMW i project – today enables easy use of all the possibilities that will come with the energy switchover. The service can even help customers earn money by automatically optimising the charging process to minimise cost or maximise use of green energy.

– BMW Energy Services now operates as a standalone business unit and pools together the energy optimisation experience of BMW i. Coupling electric mobility with the energy sector is another of its main fields of activity and will help to make electric mobility emission-free (not only locally).

BMW i is a driver of innovation for the BMW Group

The development expertise built up by BMW i and the resultant transfer of technology are not limited to electric motors and high-voltage battery technology:

– The elements connecting the new BMW i8 Roadster’s roof mechanism are manufactured in an innovative 3D printing process for aluminium components that is unparalleled in the series production of vehicles.

– Conventional BMW and MINI models will soon also benefit from the innovative and significantly faster-working driving stability control system featured in the BMW i3.

– The focal points identified by BMW i in everything from the use of renewable raw materials and recycled materials to the evaluation of river and sea plastic exert a significant influence on development activities across the company.

BMW i racks up more awards

Further additions have been made to the list of distinctions collected by the brand, its products and services. Even four years ago, while still in its launch phase, BMW i won more awards than any other brand in automotive history. In 2017 alone it added the following titles to its collection: