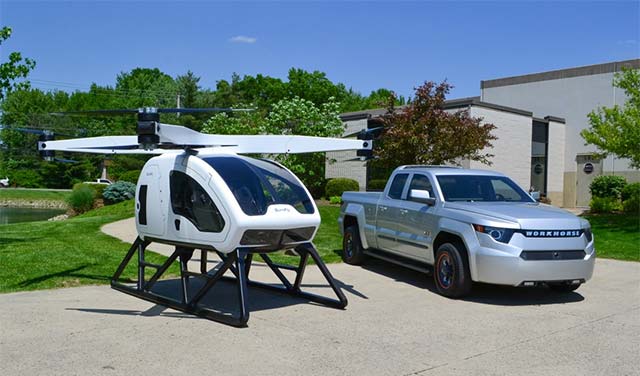 SureFly, Inc. will encompass all SureFly aerial technology and expertise, including property related to the personal helicopter, but it will not own the assets related to the package express-related HorseFly drone, which will be retained by Workhorse. Workhorse expects to grant SureFly, Inc. a royalty-free, perpetual license to utilize the HorseFly drone except with respect to deliveries implemented from a ground-based vehicle focused on package express. At the time of the spin off, Workhorse expects to enter into a transition services agreement with SureFly, Inc. to provide certain engineering and accounting services not anticipated to be provided immediately by employees of SureFly, Inc.

The anticipated spin off transaction will be subject to the receipt of regulatory approvals, the execution of inter-company agreements, arrangement of adequate debt and equity financing, the effectiveness of a registration statement, final approval by Workhorse’s board of directors, and other customary conditions. The spin off will not require a shareholder vote and is expected to be completed by the end of 2018, but there can be no assurance regarding the ultimate timing of the spin off or that the spin off will ultimately occur.

Like a drone, SureFly’s redundant design includes four propeller arms, two fixed contra-rotating propellers on each arm; and a backup lithium battery pack to drive the electric motors in the event of engine failure.

SureFly’s hybrid design leverages Workhorse’s battery pack, management systems and controls utilized in its currently commercialized range-extended battery electric road vehicles. It features a gas combustion engine generating electricity and a parallel battery pack offering a redundant backup power source, eliminating the need for long battery charging periods between flights. Pilots who have seen the SureFly like the easy-to-pilot design, as the aircraft is piloted by joystick in a similar fashion to flying a drone. The SureFly is expected to carry pilot and passenger or cargo up to 70 miles. After a quick refill, SureFly is ready for the next hop.

Early models will be pilot-operated. Future models will be capable of autonomous flight, with payloads of up to 400 pounds. Anticipated markets for the SureFly are precision agriculture, emergency responders, city commuters and military. The company is working toward full certification of the vehicle in late 2019.

Dec 31, 2017Blagojce Krivevski
BMW i in the summit-club of the electric mobility worldBMW i3 batteries to power Streetscooter electric delivery vehicles