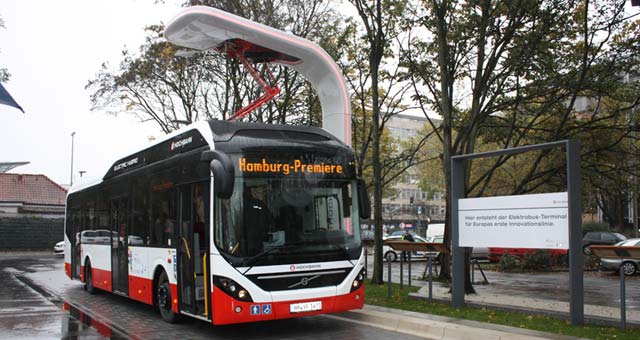 The electric vehicle market is expanding far beyond the electric car segment and is expected to explode over the next decade.

According to a new report from IDTechEx Research, the electric vehicle market will accelerate and expand into all sectors of the transportation industry including industrial vehicles, boats, planes, buses and more.

The fruits of all this are spectacular – from the vehicles themselves to over $500 billion market opportunity that will be created by 2026.

Batteries, supercapacitors, energy harvesting, wireless charging, power electronics and structural electronics are all evolving and breakthroughs are appearing more commonly in other vehicles such as boats and planes, before cars.

This is driving progress across the whole EV market and now many profitable niche markets are emerging just as there’s been a shake-up in the leading sectors.

IDTechEx Research finds that the industrial and commercial sector is now bigger and more profitable than electric cars, and will remain so for at least eight more years. For example, the market for medium and large hybrid and pure electric buses will grow rapidly to over $72 billion by 2025.

Other sectors will also see lucrative growth – construction and agriculture, micro EVs, industrial on-water craft, and drones/UAVs will each achieve between 20% and 65% CAGR over the coming decade.

Commercial and industrial vehicles get less attention from government regulators, the report points out. “The size and growth of the industrial and commercial sector is less dependent on government funding and tax breaks than the more fragile market for electric cars, particularly pure electric ones,” the report says. “Excitingly, most of the electric vehicle technologies are changing and improving hugely and innovation often comes here before it is seen in the more publicized electric vehicle sectors such as cars.”