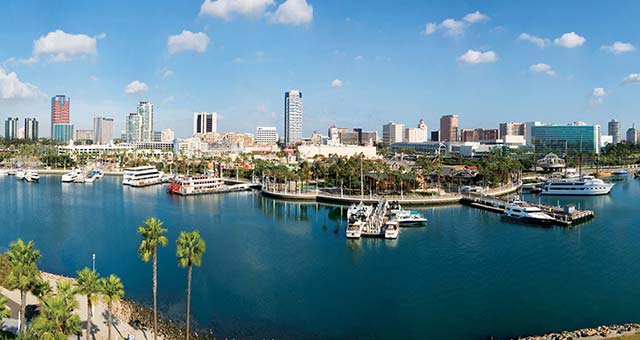 The FIA Formula E Championship, the world’s first fully-electric racing series, announced that round seven of its inaugural season will be held on the streets of Long Beach, California, USA.

The Long Beach ePrix, as it will be titled, will take place on April 4 2015 and will form one of 10 races – and one of two in the US alongside Miami – taking place in city-centres across the globe.

Organisers also confirmed that the Long Beach race will be one of two that forms part of the championship’s Legacy Programme giving free access to fans with a focus on attracting school and university students from the nearby area to appeal to a new generation of motorsport fans and promote the electric vehicle industry.

The announcement was made during a press conference held at the Terrace Theatre Plaza – which overlooks part of the circuit – hosted by Long Beach Mayor Bob Foster, who pledges his full support to the new initiative, the CEO of Formula E Alejandro Agag and driver Lucas di Grassi.

Long Beach was selected to host one of the 10 international races by championship promoters Formula E Holdings due to its commitment to sustainable mobility and long-running success hosting large scale sporting events and high-visibility special events. California is the number one market for plug-in electric vehicle (PEV) sales with around 12% of national sales alone occurring in the South California area.

The Long Beach street circuit is the longest running in the US beginning in 1975 and hosted Formula One from 1976 to 1983 before staging annual CART, Champ Car and IndyCar races. During the press conference, the exact track layout was also revealed which will see the Formula E cars use a modified configuration to the regular IndyCar circuit. At 1.6 miles (2.1km) in length and featuring seven turns, the Formula E cars will use the same iconic start/finish line adjacent to the Marina before heading off in a clockwise direction past the Rainbow Lagoon. They will then turn right onto South Pine Avenue before re-joining with the more familiar track configuration. The cars will then pass around the grounds of the Convention Centre before a final right-hand hairpin brings them back across the start/finish line.

The first Formula E race takes place around Beijing’s Olympic ‘Bird’s Nest’ Stadium on September 13 2014. All Formula E events take place in just one day – practice, qualifying and a one-hour race – in order to help minimise disruption to the city. 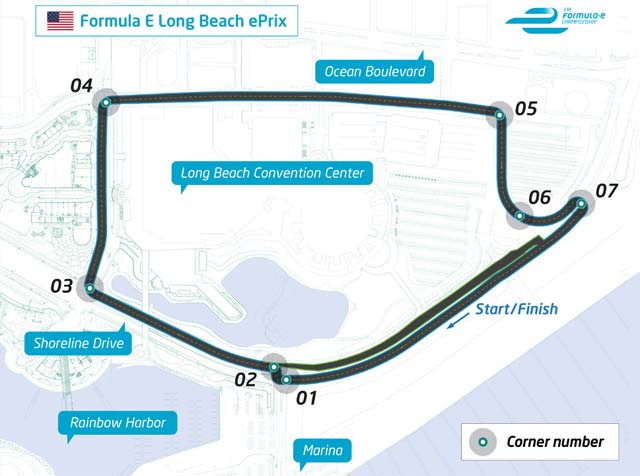