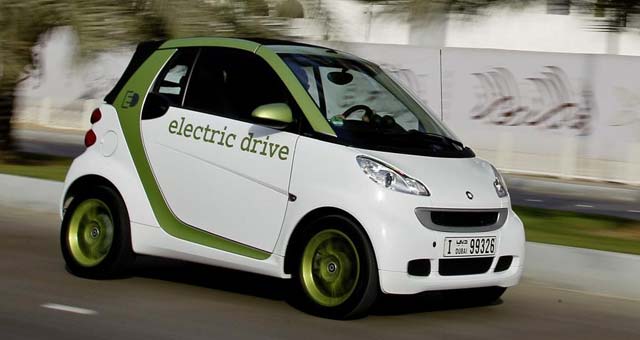 With the new smart fortwo electric drive, the smart brand is further expanding its position in the field of urban mobility.

The Stuttgart-based company will soon be bringing fully electric motoring to China, its third-largest market, where the smart fortwo electric drive will be available before the year is out.

This means that smart will be the first European importer to sell a fully electric vehicle on the Chinese market. The Chinese government has now given the green light for approval of the zero-local-emission runabout. In Germany, the electric smart established itself as the market leader among battery-electric vehicles within a very short space of time.

With torque of 130 Newton meters it accelerates powerfully and immediately from 0 to 60 km/h (0 to 37 mph) in 5 seconds. And with a top speed of 125 km/h (about 78 mph), the two-seater is also well equipped for urban motorways – a lithium-ion battery with 17.6 kWh provides enough energy to cover a range of 145 kilometers (90 miles).

In 2012, more than 1000 smart electric drive models were produced and delivered to customers in Europe. This year, production of the electric drive will be stepped up continuously in order to satisfy the high demand from customers all over the world.

smart is now represented in 46 markets worldwide with the brand most recently introduced in Russia. In addition to Germany and Italy, China is one of the smart’s main sales markets, with sales there increasing by 43.8% in 2012.