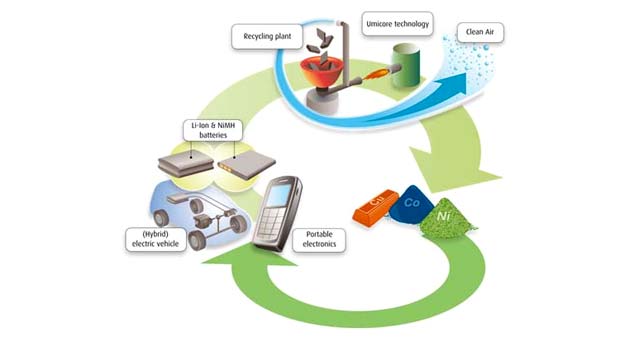 The announcement comes after an exploratory period for Toyota to identify and select a European partner to safely and sustainably recycle Li-ion batteries found in two new Toyota models – the recently launched seven-seater Toyota Prius+ and Toyota Prius Plug-in Hybrid, currently being launched in Europe.

Umicore is also the only company worldwide operating two dedicated hybrid vehicle or full electric vehicle battery pack dismantling lines in Germany and the USA to support the supply of materials to its facility in Hoboken, Belgium.

The two companies are currently in the process of finalising the partnership agreement.

In October last year, TME became one of the first European OEMs to announce a new partnership for the recycling of nickel-metal hydride batteries found in all Toyota and Lexus full hybrid models sold since 2000.

The combination of these partnerships forms the backbone of Toyota’s plan to fully support European Commission Battery Directive 2006/66/EC, the legal framework for the take back and treatment of industrial batteries in Europe. As a result, Toyota Motor Europe will be well above the European Commission recycling efficiency target.