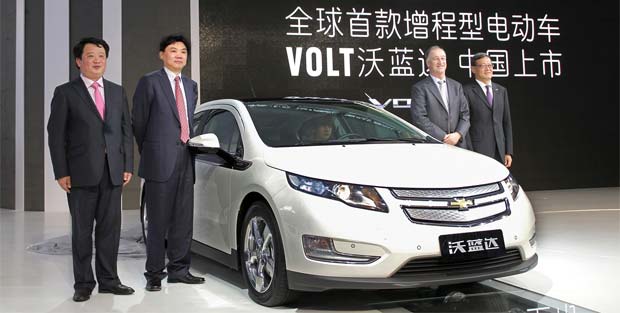 Volt buyers in China will be eligible to join the V+ Club. By calling a bilingual 24-hour hotline, members will receive one-on-one service. In addition, they will be invited to participate in a series of member activities that match their eco-friendly lifestyles.

The announcement was made Monday as part of General Motors’ participation in Auto Guangzhou 2011.

Two of GM’s joint ventures, Shanghai GM and SAIC-GM-Wuling, are displaying more than 30 vehicles from the Buick, Chevrolet, Cadillac and Baojun brands.

GM plans to introduce more electric models to the Chinese market where the company has a plan to double sales volume by 2015.