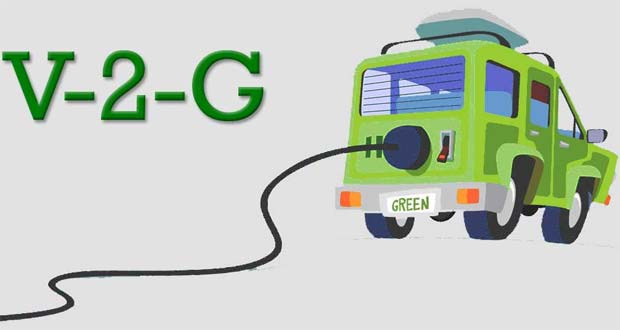 In near future electric car batteries will be used as energy storage for the grid, providing ways for utilities to stabilize the grid and provide other services.

The power potential of the batteries can be used to reduce the utility costs of a building or, when storage sources, to provide ancillary services such as frequency regulation aggregated with other vehicles or stationary energy.

Vehicle to grid technologies, over time, will represent a more and more favorable alternative to investing in new power generation assets.

Approximately 100,000 electric cars will be enabled with vehicle-to-grid (V2G) technologies by 2017, creating a strong foundation for V2G-based demand response, vehicle to building, frequency regulation, and other ancillary service applications, according to a report from Pike Research.

“V2G technologies are currently in the early pilot phase, with much work left to do before they will be ready for full commercialization,” says research director John Gartner. “The earliest adopters will be fleet operators and large consumers of energy where vehicles have established schedules for being plugged in. As the sector develops, V2G will be utilized for an increasing array of grid support services.”

The highest demand for V2G, especially in the early years, will be in energy markets that are more open to new technologies and with higher concentrations of intermittent renewable power.

As adoption grows, V2G will compete with traditional generation sources as well as with emerging technologies, such as stationary battery storage, for revenue from ancillary services such as frequency regulation and demand response.

Pike Research’s analysis indicates that investment in V2G by automakers, utilities, and energy aggregators will be strongly influenced by the global and regional penetration of electric cars.

Dozens of electric vehicles must be aggregated in a given area to produce sufficient power capacity to interest grid operators and industry participants are waiting for these vehicles to be in place in ample numbers before developing programs. The number of vehicles that could participate in V2G will grow from just over 100,000 light duty vehicles in 2011 to more than 5 million in 2017. But substantial investment in infrastructure and vehicle-based technology will be necessary to enable V2G services on a large scale.