BMW i4 pricing and specifications revealed 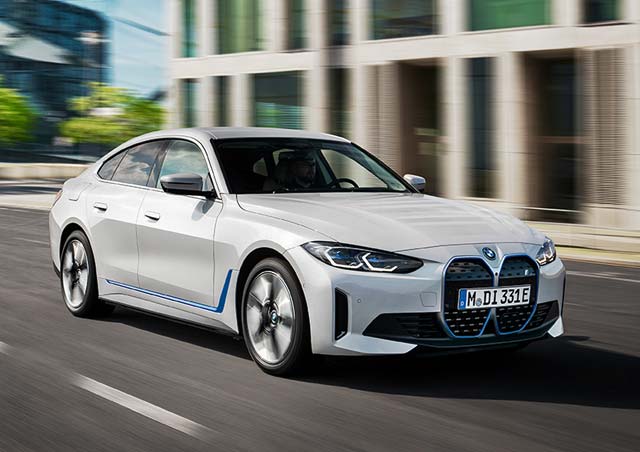 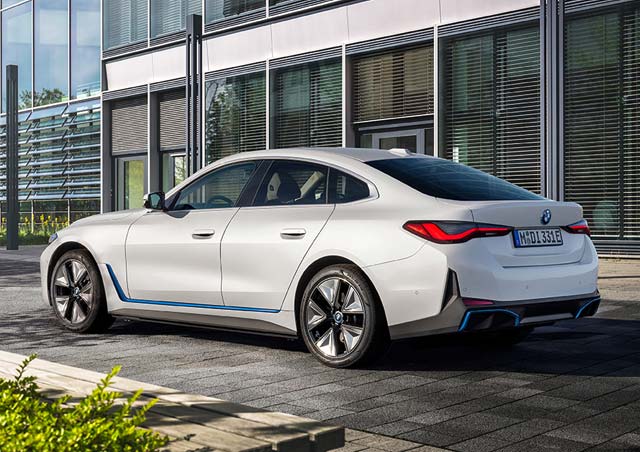 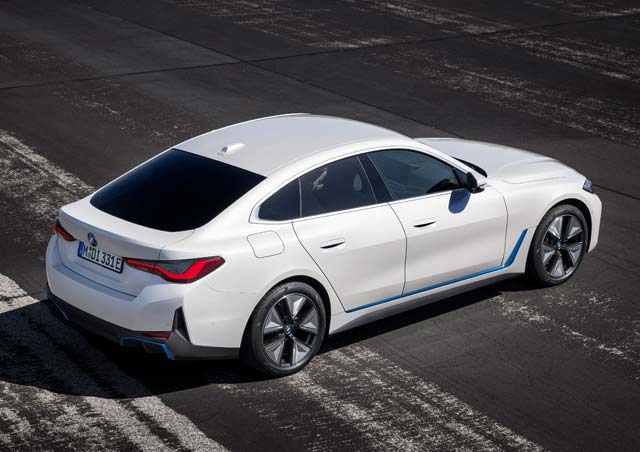 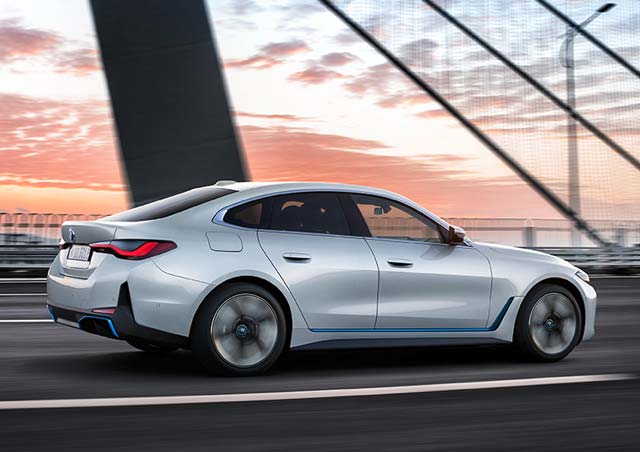 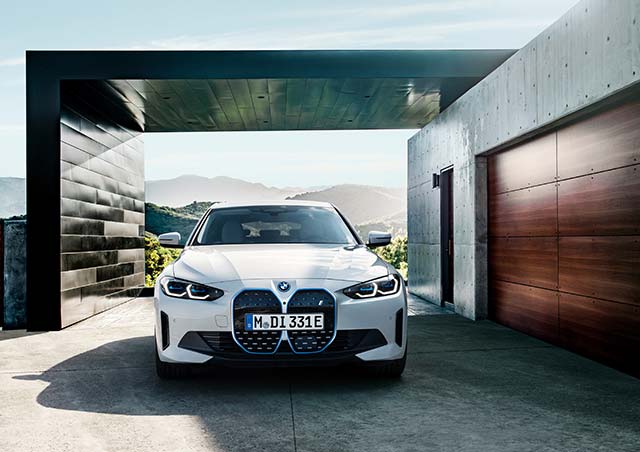 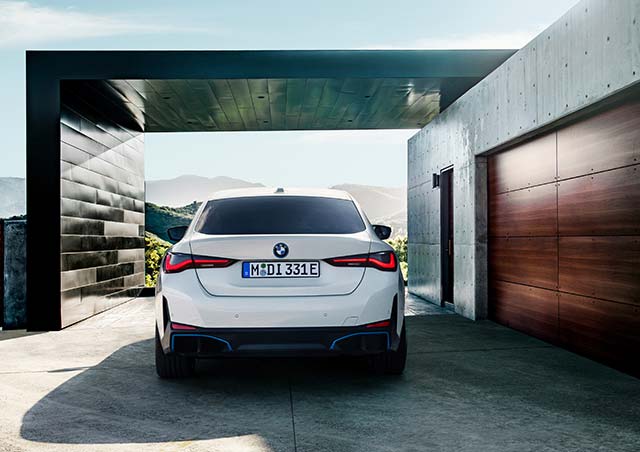 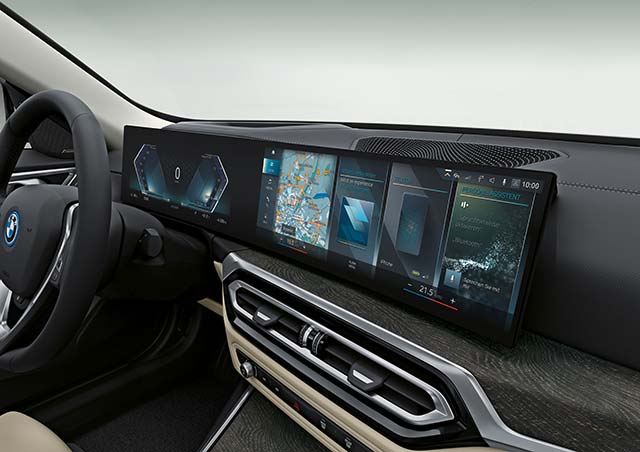 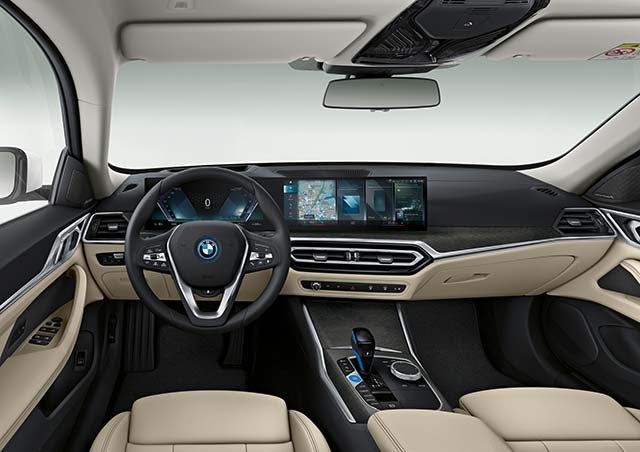 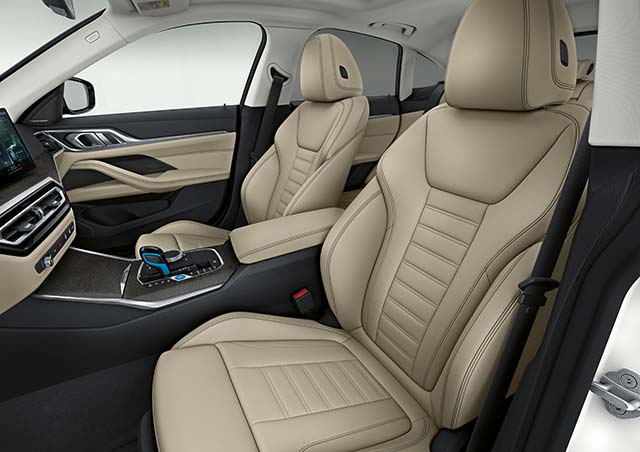 All-electric mobility reaches the very heart of the BMW brand. The BMW i4 is the brand’s first electric vehicle focused squarely on driving dynamics. Locally emission-free driving pleasure, compromise-free premium quality and customer-oriented individualisation come to the traditional core of the midsize segment for the first time.

The BMW i4 combines BMW’s fabled sporting prowess and a range that also convinces over long journeys with the elegant design, spaciousness and practicality of a four-door Gran Coupé.

The newcomer offers both a captivating drive and class-leading levels of technology. In addition to being based on a flexible vehicle architecture conceived from the outset for a purely electric drive system, the new i4 features the latest generation of the iDrive system, plus cutting-edge innovations in the areas of automated driving and parking assistance.

The BMW iDrive / Operating System 8 is key to the user experience on board the BMW i4 and takes the interaction between driver and vehicle into the digital future. The new BMW Operating System 8 helps give the BMW i4 all the tools needed to serve as an intelligent and proactive partner in any situation. The intuitive, multimodal operation becomes a dialogue between the user and their car that seeks to tailor all the functions controlled via BMW iDrive precisely to the driver’s needs and preferences.

The BMW i4 is based on a flexible vehicle architecture conceived from the outset for a purely electric drive system. Long wheelbase and wide tracks. Weight-minimised yet extremely stiff body structure. Model-specific torsion struts, aluminium shear panel and front axle subframe have fixed connection with the casing of the high-voltage battery. Optimised aerodynamics with Cd of 0.24.

The BMW i4 will be produced at BMW Group Plant Munich. Its production, which is performed alongside petrol, diesel and plug-in-hybrid models on the same line, marks the beginning of a new era for the manufacturing facility. The BMW Group invested around 200 million Euros in the company’s home plant to cover the necessary disassembly and conversion work for the production machinery. Both the BMW i4 and its battery cells will be manufactured using 100 per cent green energy.

Enthralling performance with Sport Boost function in the BMW i4 M50

In the BMW i4 M50, the motor driving the rear wheels generates maximum output of 313hp, while the unit at the front axle produces 258hp. Intelligently controlled interaction between the two electric drive units ensures the car always makes effortless progress. The fully variable system is matched exactly to the requirements at any given moment, offering everything from highly efficient pure rear-wheel drive through to an all-wheel-drive set-up that maximises traction.

A specially designed boost function that can be activated on demand brings the BMW M model’s high-performance character even more to the fore. The Sport Boost function increases the system’s combined drive power by 68hp to its maximum of 544hp for over ten seconds. At the same time, combined torque is upped by 65Nm to 795Nm. The burst of speed is accompanied by an M-specific soundtrack which was composed in collaboration with Hans Zimmer, to further intensify the performance experience inside the BMW i4 M50.

Activating the Sport Boost function enables the BMW i4 M50 to race from 0 to 62mph (0 to 100 km/h) in 3.9 seconds. The Sport Boost effect can also be triggered several times in succession if the high-voltage battery has sufficient charge. The BMW i4 M50 has an electronically governed top speed of 140mph (225 km/h).

Customary BMW sportiness and efficiency in the BMW i4 eDrive40

A lively electric motor teams up with classical rear-wheel drive in both versions of the BMW i4 eDrive40. Its drive unit develops maximum output of 340hp between 8,000 and 17,000rpm, placing it on an equal footing with BMW’s most powerful current six-cylinder in-line diesel engine. The other key factor in the electric motor’s performance characteristics is its instantaneous peak torque of 430Nm.The BMW i4 eDrive40 sprints from 0 to 62mph (0 to 100 km/h) in 5.7 seconds. Its top speed is electronically limited to 118mph (190 km/h).

The new generation of the BMW iDrive / Operating System 8

The new BMW iDrive is an instrumental factor in the user experience on board the BMW i4. The most recent incarnation of the display and operating system takes the interaction between driver and vehicle into the digital future. The new BMW Operating System 8 features a new generation of displays, controls and software, plus extremely powerful connectivity and data processing. The intuitive, multimodal operation becomes a natural dialogue between the user and their car, precisely tailoring all the functions controlled via BMW iDrive to the driver’s needs and preferences.

The new BMW iDrive was designed with a clear focus on touch operation and on dialogue-based interaction using natural language. Consequently, new features available immediately include the expanded capabilities of the BMW Intelligent Personal Assistant, which uses a new graphic to communicate with the vehicle’s occupants, and the BMW Curved Display – the all-new fully digital display grouping in the BMW i4 formed by the information display and control display.

The new generation of BMW iDrive also sees the BMW Intelligent Personal Assistant gaining additional skills. In communication between people, a lot of information is conveyed non-verbally. The Assistant’s new visualisation approach, which features spheres of light in different sizes and brightness levels, gives it more space and forms of expression. These visuals provides the vehicle occupants with a clearly visible focal point and recognisable states of activity. When the user speaks to the Assistant, it appears in a fluid animation and spreads out engagingly over the displays, without concealing relevant information. The BMW Intelligent Personal Assistant can distinguish who is talking to it and appears on the relevant screen area. A widget designed specially for the BMW Intelligent Personal Assistant enables rapid access to other settings and suggestions.

Advances have also been made in the functionality of the BMW Intelligent Personal Assistant. An expanded pool of underlying data and information has not only made the digital assistant more intelligent, it has also enabled it to act proactively and according to context. The BMW Intelligent Personal Assistant suggests functions the customer has not yet tried out. For example, if the driver regularly opens the window at a certain point, the Assistant recognises the pattern and proactively suggests setting the relevant GPS coordinates – e.g. the entrance to a car park – as an automatic opening point.

The new BMW Operating System 8 further enhances the options for updating the in-car software and expanding its functions. New and improved functions can be imported quickly and easily over the air, either using the car’s built-in SIM card or via the My BMW App. Installation is subsequently launched by the customer and seldom takes longer than 20 minutes. Remote Software Upgrades are installed free of charge.

When interacting with the new BMW iDrive, BMW i4 customers benefit from increasing personalisation of the user experience based on their BMW ID. This is used to securely store even more personalised settings and to transfer them between vehicles. A PIN code can be created or the BMW ID associated with a particular key to prevent other users of the vehicle from accessing personal data.

When signing in to a vehicle for the first time, simply scanning a QR code is all it takes to create a new BMW ID on a smartphone. If the user uses the My BMW App and is therefore already in possession of a BMW ID, this will be automatically imported into the car via the app, when the QR code is scanned.

The BMW ID can be created and activated effortlessly and securely in vehicles with BMW Operating System 8 or BMW Operating System 7. Once the BMW ID has been imported personal settings for seat and steering wheel position, exterior mirrors, navigation system, driver assistance functions, display layouts, shortcuts, favourites and infotainment system settings will be imported automatically.