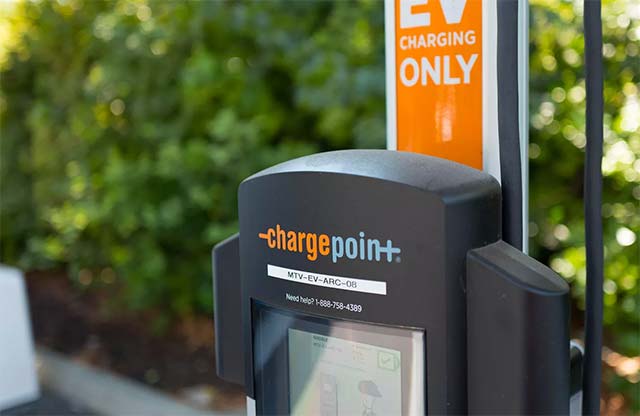 ChargePoint, the world’s largest EV charging network, today announced that it has surpassed 100,000 places to charge on its global network, which is now expanding at more than 2,000 new charging spots each month.

“Since day one, the ChargePoint team has created solutions that make it easier for drivers and businesses to go electric with the goal of ensuring that all people and goods are transported on electricity,” said Colleen Jansen, Chief Marketing Officer at ChargePoint. “The complete transformation of how drivers, cities and businesses approach mobility is afoot, and we’re proud to play a key role in delivering on solutions that will help pave the way to the mass adoption of electric mobility for years to come.”

The activation of the 100,000th place to charge marks a significant milestone in the company’s history, as it continues to expand geographically and into new lines of business. To continue to deliver on its commitment of making the transition to electric more seamless, the company has introduced new features that will improve the driver experience and continue to show how easy it is to drive an EV.

The ChargePoint team has continued to work to expand access to charging by implementing roaming agreements with other EV charging networks, including Electrify America, EVBox, EVgo, Greenlots, FLO and others in North America and Europe. In North America alone, drivers using the ChargePoint app will have access to nearly 100 percent of public DC fast chargers and more than 80 percent of publicly available level 2 AC stations by the end of 2019. This universal access fundamentally will make driving electric even more seamless than driving a gas-powered vehicle.

Reaching 100,000 places to charge builds on recent momentum at ChargePoint, including:

Waitlist Place in Line: Place in Line builds on the popular Waitlist feature, which lets drivers get in a virtual line to charge when all of the chargers in an area are occupied. Place in Line allows drivers to see their place in line once they’ve joined a Waitlist. This enhancement empowers drivers with even more information so they can see the progress of the line and plan their day accordingly.

Peer-to-Peer Roaming: ChargePoint’s roaming agreement with EVBox is now live, expanding on the roaming partnership established with FLO last year. The roaming integration with EVgo will be fully implemented in the coming month and agreements with other EV charging networks including Electrify America, Greenlots and others to be announced soon are expected to become active later this year.

ChargePoint continues to experience tremendous growth. Each hour, on average:

This significant moment in ChargePoint’s history comes just ahead of National Drive Electric Week (NDEW), the nation’s largest collection of regional events celebrating the EV lifestyle for the ever-growing corps of EV drivers. As the nation celebrates NDEW, ChargePoint will make an exciting announcement about its charging portfolio and participate in several regional events around the country.