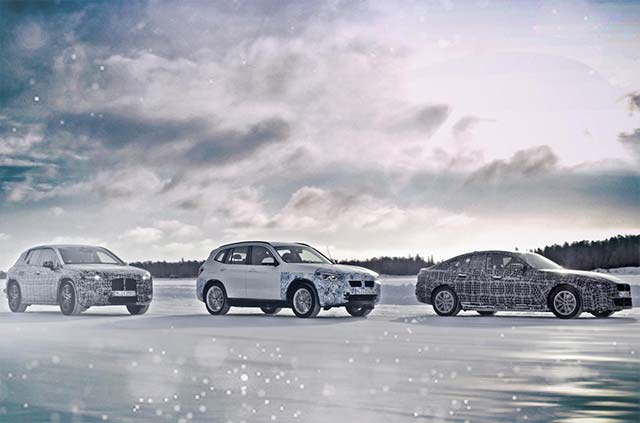 Despite the model changeover of the BMW 3 Series, the BMW Group’s electrified vehicles are maintaining sales in the year-to-date at the same high level as last year.

Sales of BMW Group electrified vehicles in the year to date total 36,697 (+0.2%), yet again confirming the company’s position as a leading global provider of premium electrified mobility.

Demand for the BMW i3 keeps on growing, with sales in April up 21.6%. Meanwhile more than a quarter of all BMW 2 Series Active Tourer delivered to customers are electrified, while sales of the plug-in hybrid MINI Cooper S E Countryman ALL4 more than quadrupled in the month.

The BMW Group expects to have more than half a million of its state-of-the-art electrified vehicles on the roads by the end of the year.

By the end of next year, the BMW Group will have introduced ten new or updated electrified models.

At the beginning of March, the revised plug-in hybrid versions of the BMW 3, BMW 7 and BMW X5 Series as well as the new BMW X3 with their extended electric range were showcased at the Geneva Motor Show. In April, the revised plug-in hybrid version of the BMW X1 was launched in Shanghai as an extended-wheelbase version produced locally for the Chinese market. By the end of the coming year, the BMW Group will have more than ten new or revised models equipped with fourth-generation (“Gen 4”) electrified technology on the market.

From the end of 2019, these will include the all-electric MINI Electric manufactured at the Oxford plant and, from 2020, the BMW iX3, which will be produced in Shenyang, China for the world market. Together with the pioneering BMW i3, the BMW i4 and the BMW iNEXT, the Group will have five all-electric models on the market by 2021 and the number is scheduled to rise to at least twelve models by 2025.

Including the rapidly growing range of plug-in hybrids, by 2025 the BMW Group’s product portfolio will then comprise at least 25 electrified models.