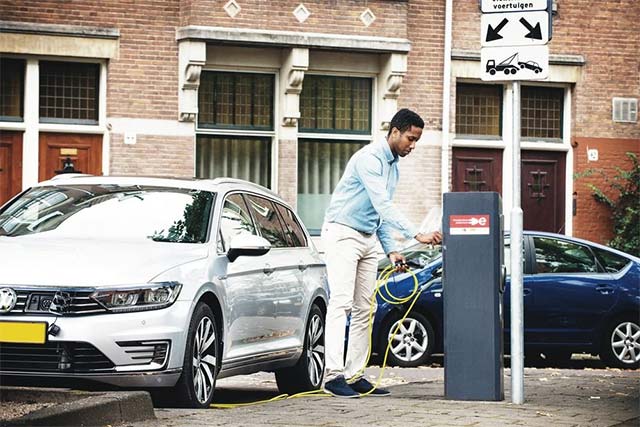 These stations are adjusted to provide more power during off-peak electricity consumption hours (such as evening and night) and during sunny weather, and slightly less power during peak times.

Amsterdam is growing and becoming more sustainable. Last week, the city announced plans to ban all polluting cars by 2030, meaning that the demand for electric vehicle chargers is expected to grow exponentially. More energy will be required and also generated to power the increased number of electric vehicle chargers, leading to a major task for the electricity grid to balance the variable load.

Flexpower is one such alternative solution. This joint project by the municipality of Amsterdam, network manager Liander, energy company Vattenfall, and knowledge and innovation centre ElaadNL aims to spread the flow of energy throughout the day. EVBox electric vehicle charging stations will provide slightly less power during the hours that households demand a larger amounts of energy (6 p.m. to 9 p.m.) and catch up by charging more at night. Since most drivers charge mainly at night, they will generally experience no inconvenience.

Charging stations to increase by 40% in power

To achieve this, the capacity of the EVBox Flexpower charging points has been increased by 40%. Firstly, the stations have had internal adjustments and will be controlled differently. While a regular charging station has a main connection with a passage value of 3×25 amps, Flexpower charging stations deliver 3×35 amps distributed it in a smarter way to connected cars. Whether the electric cars are able to use this capacity also depends on the capacity of the car and its battery; with these stronger chargers, cars can be charged twice as fast.

A pilot of the new Flexpower project has shown full electric cars in particular benefit from the new set-up, charging faster in 70% of use cases. With hybrid cars, the benefits are slightly less because of reduced fewer options to ‘catch up’ due to their lower load capacity. However, tests also showed that over 95% of hybrid cars did not experience any issues with the Flexpower set-up.