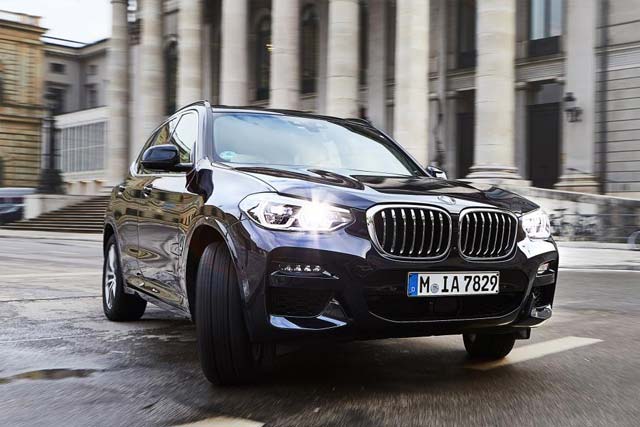 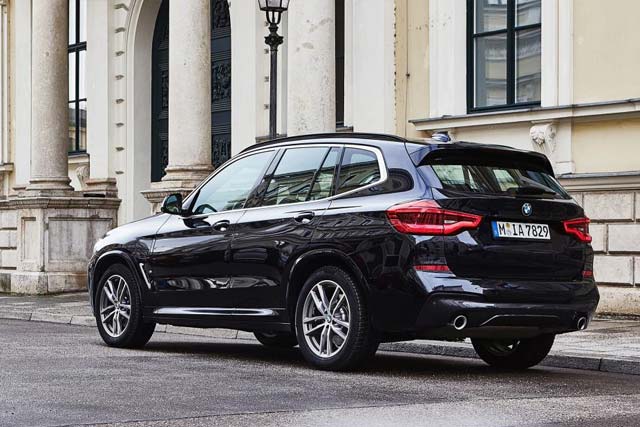 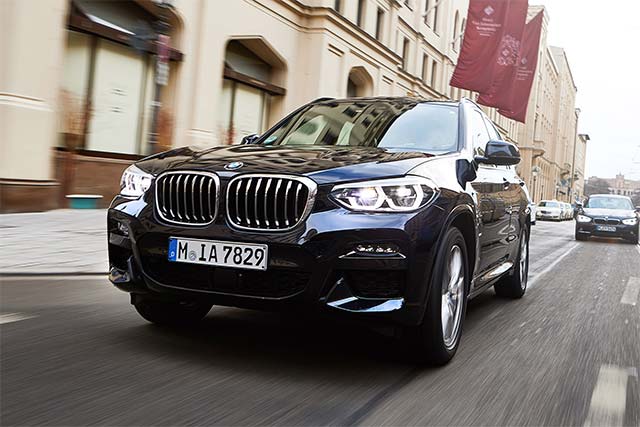 The BMW stand at the Geneva Motor Show 2019 focuses on the company’s continuing model offensive in the luxury segment and the ongoing expansion of its range of vehicles with electrified drive systems.

Just a few weeks after being unveiled to the world, the new BMW 7 Series luxury sedan is making its show debut.

As part of its NUMBER ONE > NEXT strategy, the company has also defined electric mobility as one of the four future-focused areas known as ACES (Autonomous, Connected, Electrified and Services/Shared). 2018 was a record-breaking year for sales of the BMW Group’s electric and plug-in hybrid vehicles, with over 140,000 sold worldwide – which means the company remains Europe’s most successful manufacturer of electrified cars. Through its commitment to expanding its model range, the BMW Group is aiming to have over half a million vehicles with an electrified drive system available worldwide by the end of 2019.

World premiere for the next plug-in hybrid: the BMW X3 xDrive30e
The world premiere of the BMW X3 xDrive30e at the Geneva show illustrates how the line-up of electrified models is set to grow. Due to go into production from December 2019, the plug-in hybrid variant of the globally popular Sports Activity Vehicle (SAV) expertly combines versatile driving qualities with exceptional efficiency. In 2020, the BMW X3 will go a step further as the brand’s first model offered not only with conventional combustion engines and plug-in hybrid variants, but also in an all-electric version.

The plug-in hybrid system for the BMW X3 xDrive30e sees a four-cylinder petrol engine and electric motor channelling power to all four wheels. Their combined system output of 185 kW/252 hp can be temporarily boosted by up to 30 kW/41 hp when the electric motor’s peak output is deployed. The BMW X3 xDrive30e sprints from 0 to 100 km/h in just 6.5 seconds (provisional figure). A lithium-ion high-voltage battery featuring the very latest battery cell technology gives the car a maximum all-electric range of 50 kilometres.

Second-generation plug-in hybrid variants of the BMW 7 Series, BMW X5 and BMW 3 Series Sedan make their debut
The new BMW 7 Series Plug-in-Hybrids take all of the luxury sedan’s sporting prowess, passenger comfort and feel-good ambience and combine them with the option of virtually silent motoring with zero local emissions. A six-cylinder in-line petrol engine and an electric motor team up to power all three models. Together they can unleash a combined output of 290 kW/394 hp with the Driving Experience Control switch set to SPORT mode. The high-voltage battery’s energy capacity has been increased too, extending all-electric range from 54 to 58 kilometres for the BMW 745e, from 52 to 55 kilometres for the BMW 745Le and from 50 to 54 kilometres for the BMW 745Le xDrive.

The second-generation BMW X5 with electrified powertrain also comes with a straight-six petrol engine specially modified for the job at hand. It teams up with an electric motor to generate system output of 290 kW/394 hp. Available from August 2019, the BMW X5 xDrive45e completes the 0 to 100 km/h sprint in 5.6 seconds (provisional figure). The BMW xDrive intelligent all-wheel-drive system is on hand to deliver a sporty brand of driving pleasure on the road and supremely assured performance off it by distributing the drive power from the engine and motor to all four wheels. The new BMW X5 xDrive45e wouldn’t be complete without the latest battery cell technology to call on. The resulting electric range of up to 80 kilometres allows most daily commutes to be completed with zero local emissions. The new BMW X5 xDrive45e also has all the right credentials for much longer journeys and trips away, thanks to its 69-litre fuel tank and a versatile boot offering between 500 and 1,716 litres of luggage space.

A four-cylinder petrol engine, an electric motor and a latest-generation lithium-ion battery form the basis for the plug-in hybrid system in the new BMW 330e Sedan. It generates a combined output of 185 kW/252 hp, which can be briefly increased by up to 30 kW/41 hp courtesy of the standard XtraBoost function. This is sufficient to propel the car to 100 km/h from rest in 6.0 seconds (provisional figure). The BMW 330e Sedan due to come out in July 2019 doesn’t just deliver sporty driving pleasure in abundance, it also excels in terms of its fuel consumption figures. The car’s maximum electric range is 60 kilometres – around 50 per cent further than its predecessor.

In the BMW 225xe Active Tourer, meanwhile, the enhanced battery technology heralds an improvement in electric range of over 25 per cent, meaning that the plug-in hybrid variant of the roomy all-rounder will in future be able to cover distances of up to 57 kilometres with zero local emissions.

BMW Energy Services: Cost-free energy for EV users as a vision
At the same time as expanding the BMW plug-in-hybrid model range, BMW Energy Services progresses in providing customers with cost-efficient electricity packages. After first pilot-offers in Switzerland and France there will be such in Germany as well, starting in April.
The vision is cost-free green energy for EV users: When cars become able of feeding energy back into the power grid, they can “earn” their electricity bill themselves. With BMW Energy Services not only car users will benefit from the new opportunities arising as the energy revolution merges with electric mobility, but also fleet operators, energy suppliers and property owners.