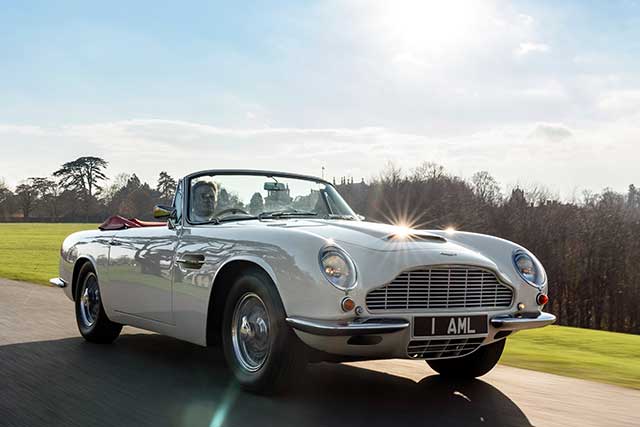 With interest in classic cars growing every year and values of heritage models at an all-time high, last year Aston Martin has pioneered a bold new plan: to future-proof these increasingly precious machines by creating the world’s first reversible EV powertrain conversion.

Conceived as an integral part of the company’s wider EV strategy, the Heritage electrification concept has been led by Aston Martin Works at Newport Pagnell. Developed around a so-called “cassette” EV powertrain, the objective is to mitigate any future legislation to restrict the use of classic cars by offering a zero emissions conversion.

Using knowledge acquired by Aston Martin during the final phase development of the Rapide E and future planning of the all-new range of Lagondas, the Aston Martin Works’ Heritage EV conversion employs state-of-the-art thinking and technology. Production versions of the revolutionary EV cassette will include key components from the Rapide E programme.

The first car to receive the radical new EV powertrain is an original 1970 DB6 MkII Volante, which would have been originally hand-crafted at Newport Pagnell.

In the latest Fully Charged video, Jonny Smith drives the original petrol and then the converted electric conversion test mule – the secret forerunner of what someone could be able to order in a matter of months.

“Aston Martin prohibited the filming of the battery enclosure or motor mounts and wouldn’t confirm any high voltage specs, battery capacity, estimated range or speed as yet – due to the project not being finalised. Aston Martin is boldly offering to retro-fit their classics with in-house developed EV powertrains, and this 1970 DB6 Volante mk2 (worth an estimated £1.5 million) is their development car.”