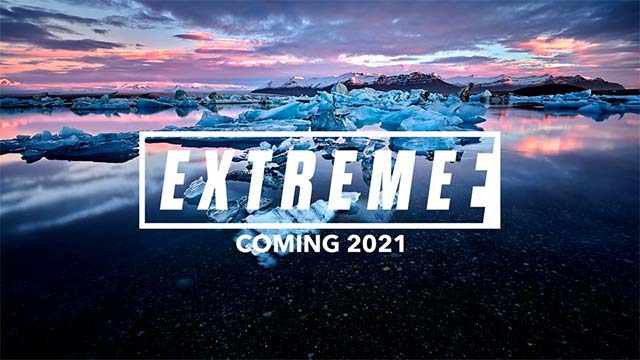 The pioneering electric off-road racing series will take place in some of the world’s most challenging and remote locations on the planet, with the aim of showcasing the performance of electric SUVs as they compete in extreme environments. In doing so, the series aims to highlight the challenges faced by each ecosystem in an age of unprecedented climate change.

“I’ve always been passionate about progressing electric vehicle technology and the impact that clean mobility solutions can have on the efforts to halt global climate change,” said Agag at the series launch on board it’s new floating operations base, the former Royal Mail Ship St. Helena beside Tower Bridge in London.

“I strongly believe that Extreme E can help make the world more sustainable faster, and we have a dream team to make this ambition a reality.”

Due to commence in January 2021, the off-road racing action will be staged in five areas of outstanding natural beauty currently under threat from climate change. By racing in the Arctic, the Himalayas, Sahara desert, the Amazon rainforest and islands in the Indian Ocean, Extreme E hopes to raise awareness of the specific issues each environment faces, such as melting ice caps, deforestation, desertification, retreating mountain glaciers, plastic pollution and rising sea levels.

The series will be operated in association with Formula E and use a traditional round-robin format with two groups of six teams – with the top-four progressing to the knock-out stage and each driver going head-to-head to earn a place in the final. The off-road stages will be around 6-10km in length with a series of virtual gates to be navigated through by drivers – in a mixture of extreme heat and humidity, high altitude and sub-zero temperatures.

“This is a hugely exciting project,” said Gil de Ferran, Chairman of Extreme E. “Extreme E offers a unique sport, adventure and entertainment concept that has never been seen or done before. Viewers can expect a completely new way of consuming sport, with each episode telling not just the story of a race, but the wider race of awareness and the need to protect these remote and challenging environments being explored by Extreme E.”

Bucking the trend for broadcasters, the Extreme E aims to take of the form of a ‘docu-sport’ TV series – produced by Academy Award-winning filmmaker and new Artistic Director of Extreme E, Fisher Stevens. “Electric racing has become a passion for me, having worked alongside Leonardo DiCaprio to create a new documentary film to be released later this year on season four of Formula E,” said Stevens.

“I think this revolutionary concept can both continue the fight against climate change and help set new standards in how not only motorsport, but all sports can be broadcast. My focus will be on assembling a brilliant team of storytellers both narratively and visually to create a documentary format series, which 21st century viewers will find not only compelling but also inspiring. Blue Planet meets Dakar.”

Launched on board the former Royal Mail Ship – St. Helena – beside Tower Bridge in London, Extreme E reiterated its committed to being carbon neutral, alongside implementing ongoing legacy initiatives at each destination to help restore and re-build damaged ecosystems already impacted by climate change. On board the boat during the launch, British explorer and environmentalist David de Rothschild announced he will take the position of Chief Explorer of Extreme E and lead the mission to take electric racing to some of the world’s most remote locations.

“The race for curating and creating an operating manual of solutions and positive environmental actions on behalf of nature has just begun.”

Already fully-funded, the venture has secured the backing of Continental Tyres – as a founding partner and official tyre supplier – and Brazilian company CBMM as niobium supplier, which will feature in the chassis of the all-electric SUVs.