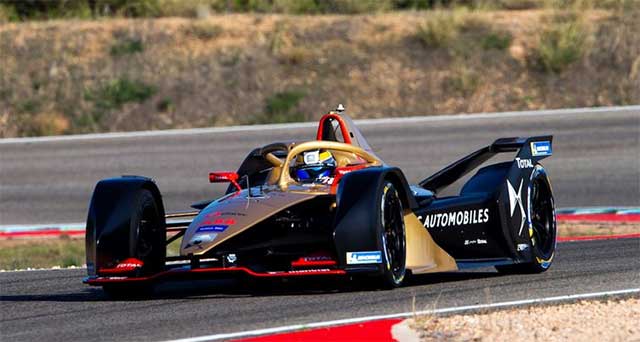 After frontman Jean-Eric Vergne rounded off an epic season with a championship win in New York City, the Frenchman is set to return to the streets, alongside Andre Lotterer, after both drivers signed to DS Techeetah for Season 5.

Falling short of taking both the drivers’ and teams’ championship titles, the announcement also marks the start of the team’s official partnership with French auto manufacturer DS Automobiles.

With a solid driver line up confirmed, DS Techeetah took the opportunity to pull the covers off its new challenger, the DS E-Tense FE 19, which will make its public racing debut on the streets of Saudi Arabia on December 15.

Scoring a total of 262 points last season, Techeetah lost out on the of the teams’ championship title by just two points to Audi. With Jean-Eric Vergne taking home the championship cup with 198 points, teammate Andre Lotterer finished a respectable eighth in his debut season with 64 points.

“What a fantastic year we had in Season Four and with our new partnership with DS and the stunning Gen2 Formula E car we can expect continued growth in the series for all our current partners, and the new ones that will be joining us,” said Techeetah Chief Commercial Officer, Keith Smout.

“Formula E is growing rapidly each season and the constant growth allows DS Techeetah not only to be competitive on track, but to also build an outstanding business and marketing platform,” he added.