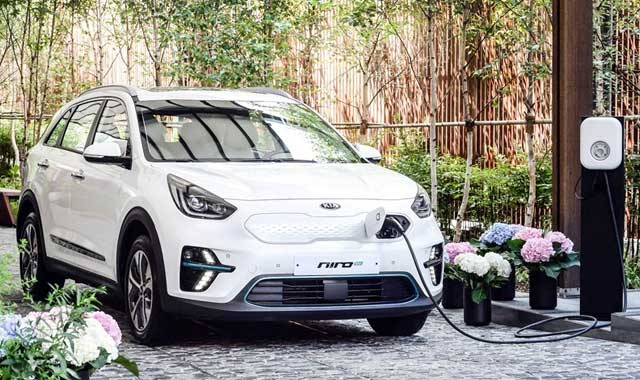 Kia Motors Europe has recorded its best-ever year-to-date sales to the end of September, aided by growing sales of its expanding hybrid and electric model line-up.

Kia has sold 385,818 units across Europe to the end of September, according to new data released by the ACEA (European Automobile Manufacturers’ Association) – representing growth of 5.7% compared to the same period in 2017. Kia recorded its strongest third-quarter European sales ever, with 122,194 units sold between July and September. As the brand outperformed the European market (+2.3% so far this year, EU and EFTA countries), Kia’s market share has grown to 3.1%.

Much of Kia’s growth in 2018 has come from a 42.5% increase in sales of the brand’s expanding hybrid and electric vehicle range. Sales of the Niro Hybrid and Plug-in Hybrid have increased by 37.9% to 34,036 units, year-to-date, while the Soul EV is enjoying its best-ever sales year, with 4,936 units sold (+29.3%). In total, Kia has sold 43,099 electrified (hybrid or electric) cars so far this year, including the Optima Plug-in Hybrid sedan and Sportswagon, and the new Sportage ‘EcoDynamics+’ mild-hybrid. Advanced powertrain vehicles now account for 11.2% of all Kia sales in Europe.

Emilio Herrera, Chief Operating Officer for Kia Motors Europe, comments: “Kia’s expanding range of hybrid and electric cars has struck a chord with European buyers, who appreciate the quality, efficiency and versatility of our electrified car line-up. The Niro is particularly popular among European drivers, and has already become one of our best-selling models. We are confident that the imminent arrival of the e-Niro electric crossover will lead to further sales growth.”

The Kia e-Niro electric crossover launches across Europe by the end of 2018, offering a zero-emissions electric driving range of up to 485 kilometres (301 miles) from a single charge.

Strong start of sales for new Ceed; Stonic and Picanto sales grow
The new Kia Ceed and Ceed Sportswagon are now on sale across all of Kia’s European markets, with the new model already in high demand. In September, Kia sold 9,871 Ceed models across the region, representing a 49.7% increase compared to the same month in 2017 (for the second-generation cee’d model family). Sales of the new Ceed GT, Ceed GT Line, and ProCeed start early in 2019, and will strengthen the Ceed’s position in the segment and as the brand’s second best-selling model in Europe, after the Sportage (98,410 units in 2018, year-to-date).

The Stonic compact crossover and Picanto city car have also proven popular with European buyers. Following the arrival of new Picanto GT Line and X Line models, sales of Kia’s smallest car have jumped 14.8% year-to-date, with 57,109 units sold. Available from the final quarter of 2017, the Kia Stonic has also recorded sales of 43,741 units so far in 2018, making it the brand’s fourth best-seller.