China’s Plug-in Vehicle Market Share was More Than Double That of the U.S. for 2017 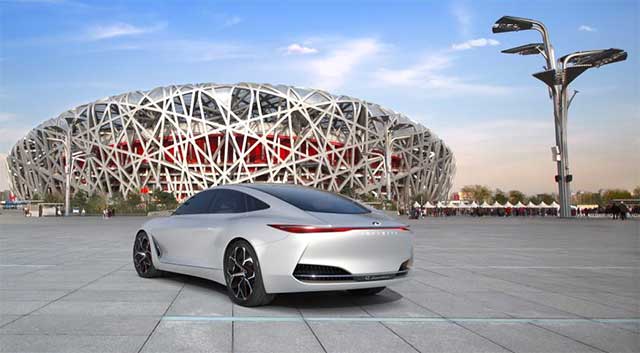 Plug-in electric vehicle (PEV) sales in China began to grow rapidly after 2013, increasing from 0.1% to 2.3% of all new vehicle sales by 2017, mainly due to government monetary incentives and increased availability of PEV models.

The growth of PEV sales in the U.S. has been more gradual, reaching 1.1% of light vehicle sales in 2017, according to the U.S. DOE’s Office of Energy Efficiency & Renewable Energy data.

The share of all-electric vehicles (BEV) to plug-in hybrid vehicles (PHEVs) sold in China were much different than in the United States. 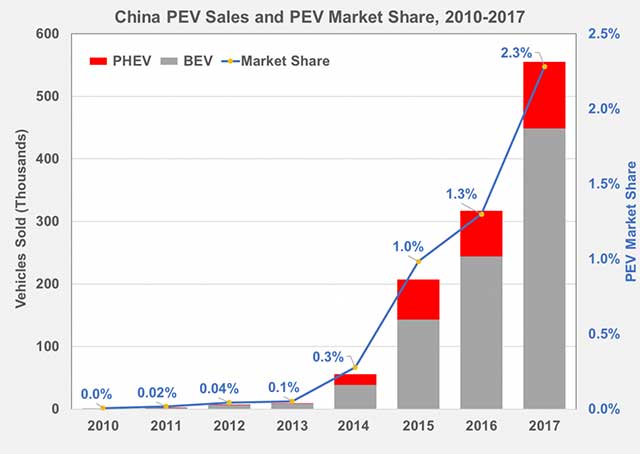 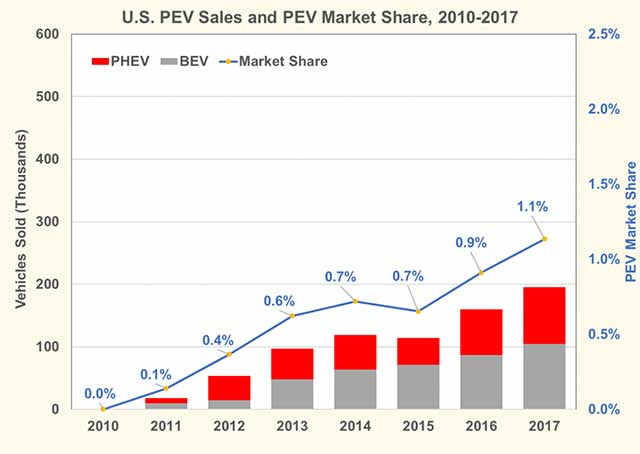