Existing electric vehicles in the UK could power more than 300,000 homes 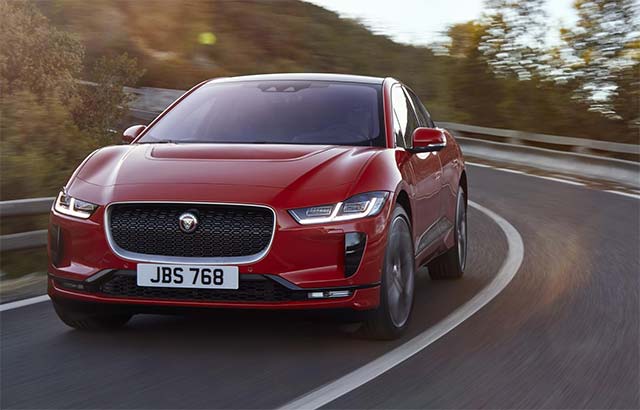 New research has found that when considering sustainable products and services, Brits are most concerned with getting better control of their energy consumption (49%) and saving money (42%). Indeed, more than half of Brits (51%) would choose an electric car over petrol or diesel if they could save money or make money in the long-term.

However, the research – commissioned by OVO Energy, the UK’s largest independent energy supplier – suggests an overwhelming knowledge gap is stopping us from using the very technology that would achieve these aims in the long-term.

Based on the number of Nissan LEAF electric cars on UK roads at present, new vehicle-to-grid chargers could enable the cars’ owners to contribute more than 114 MW to the National Grid at any time; enough to power more than 300,000 homes.

But almost nine in ten Brits (87%) were unaware of this technology that enables stored renewable energy from electric cars to be sold to the grid at peak times for money. The research further showed that around two in five (38%) UK adults that own or intend to purchase a car in the next 12 months, and were not aware that you could purchase this type of charger, would be more likely to buy an electric vehicle if they could use their car as a virtual power station.

Home batteries also allow consumers to lower their energy bills by storing abundant electricity when it’s cheaper, and using it around the home when national demand spikes and energy is most expensive. Four out of five Brits (81%) were unaware this type of battery exists, but more than half (57%) would have one installed if it could save them money on energy bills by using energy outside of peak times.

Tom Pakenham, Director of Electric Vehicles, at OVO Energy, said: “People are clearly keen to start their green journey, but a lack of knowledge means many are unaware of the full benefits of harnessing renewable energy. To inspire people to be part of this solution, they’ll need convincing that this new technology would be a practical addition to their lives as well as safeguarding our environmental future.”

“From home batteries to vehicle-to-grid chargers, at OVO Energy we are working hard to join the dots for customers and show that there are practical, cost-effective ways to go green for the long-term.”

Short-term cost implications of renewable energy products and sources also proved a concern for shrewd Brits. Although almost half of UK (47%) adults that own or intend to purchase a car in the next 12 months would be put off from buying an electric car because of cost, 57 per cent would be more inclined to purchase an electric car if they received financial support from the government.

However, awareness of the Government Plug-In Car Grant – which can help people save up to £4,500 on a selection of environmentally friendly electric and plug-in hybrid cars – is shockingly low, with 79 per cent of people unaware of its existence.

The research also showed that:

– Just over a third (39%) of Brits deem reducing their environmental footprint as personally important to them when considering whether or not to adopt sustainable products and services.

– More than a quarter of Brits (28%) hadn’t heard of the UK Government’s attempt to phase out diesel and petrol cars in the UK by 2040.

– A third of UK (34%) adults that own or intend to purchase a car in the next 12 months would be more likely to purchase an electric car knowing that the UK Government has this ambition to tackle air pollution.

– 41% of UK adults said that they would be more likely to invest in energy storage technology if it helped them to save money in the long-term.

More than half (54%) of Brits believe that without improved energy storage technology (like home batteries), renewable energy will not be reliable enough for us to move to a 100% renewable energy future.
[source: OVO Energy]

May 1, 2018Blagojce Krivevski
Nearly Two-Thirds of U.S. Plug-Ins Were Assembled In U.S.China’s Plug-in Vehicle Market Share was More Than Double That of the U.S. for 2017