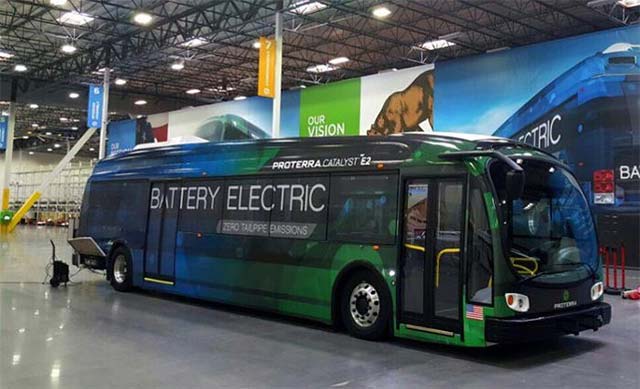 The five Proterra 40’ Catalyst E2 buses will go into service this month, and serve Louisiana’s third-largest city. This milestone marks the combined commitment and foresight of SporTran and Shreveport in being the first city in the state to purchase battery-electric buses, paving the way for other public transit agencies to follow suit and recognize the economic, environmental and operations benefits.

In 2016, SporTran won the Federal Transit Administration’s (FTA) Low or No-Emission Vehicle Deployment Grant, which funded the five electric buses, three depot chargers and an on-route fast charger. By replacing its diesel buses, SporTran estimates that the new Proterra Catalyst buses will save more than $2.2 million on maintenance and fuel, over the lifetime of the five vehicles. As a result, SporTran will re-invest the savings into Shreveport’s transportation system with the goal of improving bus routes, technology and rider experience.