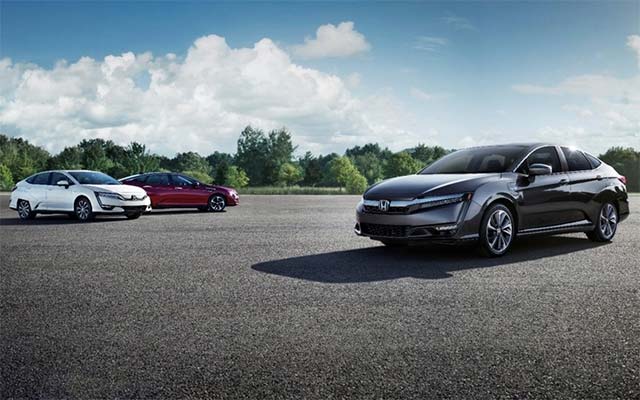 The Honda Clarity series, comprised of the 2018 Clarity Plug-in Hybrid, arriving at dealerships nationwide on December 1, and the 2017 Clarity Electric and 2017 Clarity Fuel Cell, available in selected markets, was recognized as the 2018 Green Car of the Year by Green Car Journal at the Los Angeles Auto Show.

Green Car Journal awarded the Clarity series its top honor for its appealing design with a sophisticated, highly-equipped, spacious interior. The magazine distinguished it as the only model to offer plug-in hybrid, electric and hydrogen fuel cell power. In addition, the Clarity Plug-in Hybrid received praise for having the highest all-electric range rating among all plug-in hybrid sedans with its EPA range rating of 47 miles on a full charge.

“The Green Car of the Year award is further validation of Honda’s approach to electrification with the Clarity family of vehicles,” said Steven Center, vice president of connected and environmental business at American Honda. “The Clarity Plug-in Hybrid, Clarity Electric and Clarity Fuel Cell offer the power of choice to consumers who want to step in to an electrified vehicle without the compromise. We are proud to deliver on that promise to offer these three advanced powertrains you can only find from Honda in a roomy five-passenger sedan with all the creature comforts that consumers expect today.”

The Clarity series is at the forefront of Honda’s initiative to bring electrified vehicle technology mainstream. The company has announced its intention for electrified vehicles to comprise two-thirds of its global automobile sales by 2030.