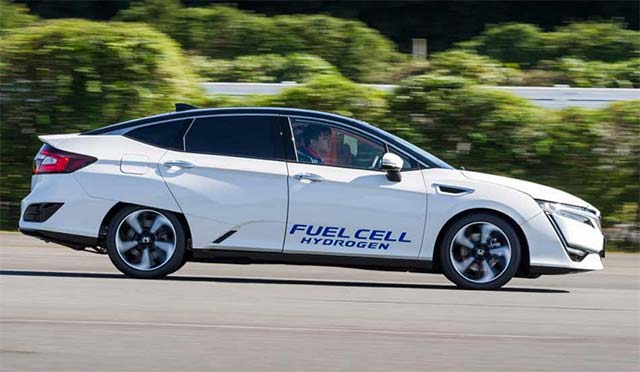 As a result of discussions that began in May 2017, 11 Japanese companies have signed an agreement to form a new company in the spring of 2018, aimed at the full-fledged development of hydrogen recharging stations (HRS) for fuel cell vehicles (FCVs).

The new company will be established to accelerate Japan’s hydrogen initiative―which is driven mainly by these 11 companies―toward the achievement of Japan’s common target shared by the government and industries regarding the development of hydrogen recharging stations.

According to the “Strategic Road Map for Hydrogen and Fuel Cells” (revised March 22, 2016) released by the Council for a Strategy for Hydrogen and Fuel Cells, an industry body organized by the Ministry of Economy, Trade and Industry (METI) of Japan, in the initial phase of promoting fuel cell vehicles powered by hydrogen, the target penetration is 160 stations and 40,000 fuel cell vehicles by FY 2020.

There are currently 2,200 fuel-cell cars in Japan with 91 hydrogen stations, according to the industry ministry, but a lack of stations has been a major hurdle for carmakers as they seek to boost production.

The objective of the new company is to enhance the collaboration among infrastructure developers, automakers, and financial institutions in order to simultaneously accelerate and scale up Japan’s deployment of HRS and FCV.

The new firm wants to build 80 stations in the first four years of operation during the Phase 1, the companies said in a joint press statement.

Toyota launched the Mirai in late 2014 as it looked to push further into the fast-growing market for environmentally friendly cars. The Mirai was its first mass-market hydrogen fuel-cell car, after Toyota scored a win with the top-selling Prius hybrid. After that, Honda launched the Clarity Fuel-Cell sedan.

Last year, Nissan said it was developing fuel-cell technology that can power cars using plant-based ethanol, a first for the auto industry, and hopes to launch the system in time for Tokyo’s 2020 Olympics.

Nissan said the system would be cheaper than rival offerings because it avoids the huge cost of setting up filling stations and would not require bulky hydrogen tanks to be stored on board.