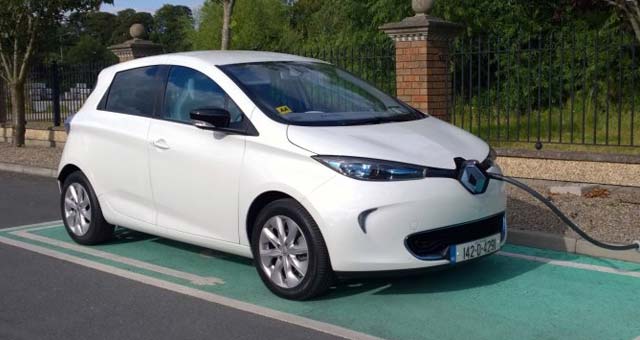 Despite this stumble, the Year-to-date registrations are up 29% to 25.589 units, making this the third largest PEV market in Europe, behind Norway and the United Kingdom.

As usual, the Renault Zoe was the leader, this time with only 537 units, down 39% regarding the same month last year, no doubt influenced by consumers waiting for the upcoming 40 kWh battery version, which also explained the sales slowdown in the global PEV French market.

In second place we have the Nissan Leaf (232 registrations) and the surprising Kia Soul EV reaching third place, with 92 units, up 42% Year-on-Year. Another Korean model shining in November was the Hyundai Ioniq Electric, delivering 87 units in its first full sales month.

On the YTD ranking there were no significant changes, with the Renault Zoe a distant First (9.495 units), followed by the Nissan Leaf (3.574) and the veteran Peugeot iOn (1.104).

Meanwhile, the German plug-in electric vehicle market was down 2% in November, having registered 2.573 units, despite this small drop, the Year-to-date registrations are still up 10%.

The Renault Zoe was the leader in November, with 303 units, its best result this year, followed #2 by the BMW 225xe Active Tourer (225 registrations, personal best) and in #3 the all-electric BMW i3 and Nissan Leaf, both tied with 181 units.

An interesting fact is that the all-electric version of the BMW i3 surpassed the range extended version in the Year-to-date ranking (1.231 vs 1.199).