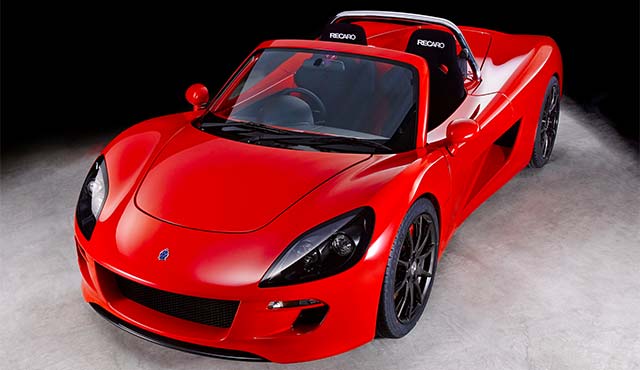 Under the agreement, the driving sound system will be designed using Roland’s renowned SuperNATURAL synthesizer technology.

Herbie Hancock, Jimmy Page, George Duke and many more of the world’s most talented musicians have relied on Roland synthesizers to create music. The new driving sound system for GLM’s ZZ model will use this same professional synthesizer technology to produce sonically rich, studio-quality sounds. In addition to refined sound quality, the system will have the ability to change with each driver’s real-time driving experiences. GLM and Roland are committed to creating a driving sound generation system that provides a one-of-a-kind driving experience that rivals anything currently on the market.

Roland’s innovative SuperNATURALsynthesizer technology will power the ZZ model’s sound generation system with dynamic and dramatic sounds that seamlessly change depending on real-time driving situations like acceleration, deceleration, and motor load variances on sloping roads. This exclusive technology is based on responsiveness, which is especially important when recreating the subtleties of acoustic musical instruments electronically. That same technology will be used to create ingenious neo-futuristic sounds that will give sports car enthusiasts the experience of driving a space ship on the road. Electric sports cars are more popular now than ever, and as environmental concerns escalate, some drivers are learning to appreciate quieter electric engines. Driving sounds are still crucial for many, however ­– especially drivers of high-performance vehicles and those who want to have a fun and fulfilling driving experience.

For decades, the industry standard for reproducing the sound of traditional musical instruments was PCM sampling. The challenge with sampling is that most acoustic instruments respond differently to how hard they are struck, blown or bowed – most acoustic instruments grow brighter as they get louder, for example. By meticulously modeling the subtle characteristics and responsiveness of acoustic instrument sounds, Roland was able to create the most realistic electronic music sounds. Roland’s SuperNATURAL technology makes it possible to recreate these nuances electronically, and will be used to create the best driving sounds possible in the electric sports car.

The ZZ is only produced in very limited numbers and isn’t available in Europe and the US. Japanese sales started last year.