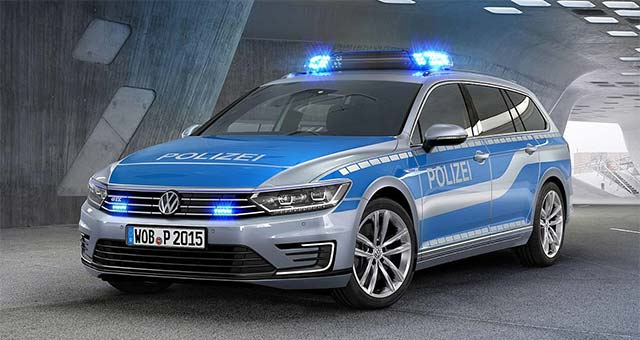 Featuring a blue-silver police livery as well as acoustic and visual signaling systems, the Passat GTE meets all the tactical mission requirements, according to Volkswagen.

The Passat GTE will be used by the police in the Heligoland archipelago of islands, located in the North Seat. The use of cars and motorbikes is strictly prohibited there, Except for the local ambulance van and a small fire trucks.

Back in July 2014, the Heligoland police also received a Volkswagen Golf GTE plug-in hybrid. The bigger Passat GTE, is powered by a 1.4-liter TSI turbo rated at 156 hp (115 kW), combined with a 115 hp (85kW) electric motor that can drive the car independently. The combined output is rated at 218 HP (160 kW), while the transmission is a 6-speed dual-clutch automatic.

According to Volkswagen, the average fuel consumption of the Passat GTE for the German police is 2 liters per 100 km (141 mpg), corresponding to only 45 grams of CO2 emitted per kilometer. 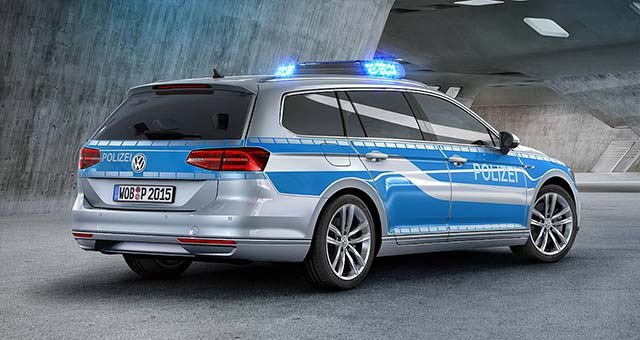 Jan 2, 2015Blagojce Krivevski
Kandi to Deliver Up to 5,000 Electric Vehicles in Chengdu CityMarco Andretti to Race in Buenos Aires ePrix