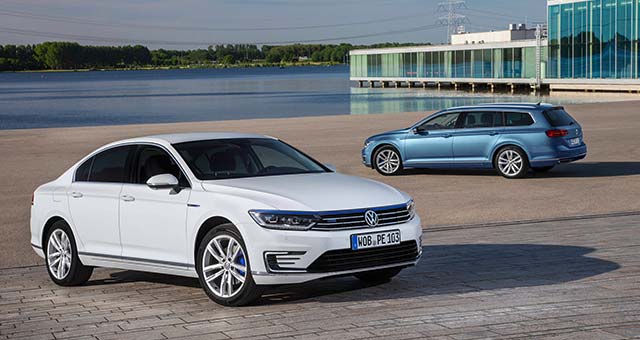 Despite the ongoing diesel scandal, Volkswagen launched the Passat GTE plug-in hybrid to the German market.

This marks the second plug-in for Volkswagen’s European line-up, with the Passat GTE following in the footsteps of the Golf GTE.

Volkswagen uses a 156 PS 1.4 TSI turbocharged direct petrol injection engine and a 85kW/115PS three-phase permanent magnet synchronous electric motor and a 9.9 kWh lithium-ion high-voltage battery to power the Passat GTE. The combined output is 160kW/218PS with a maximum system torque of 400Nm (295lb-ft). The gearbox is an automatic six-speed DSG with three clutches (dual clutch plus disengagement clutch) that was specially developed for hybrid use.

Along with the GTE, the German automaker is also launching the new Alltrack version of the Passat. Based on the Variant wagon, the new Passat Alltrack packs all-wheel drive and more rugged styling inside and out for a treatment similar to what Audi does for its Allroad models. In Passat form, the Alltrack will set German buyers back €38,550.