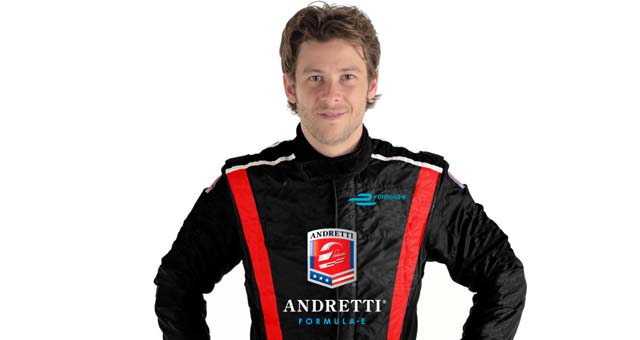 Marco Andretti is to drive for the Andretti Formula E Team during the forthcoming FIA Formula E Buenos Aires ePrix held on January 10 2015.

The Formula E Buenos Aires ePrix, the fourth race in the new series, will see the American complete his first laps in the electric-powered seat.

A nine-year veteran of the Verizon IndyCar Series, Andretti is excited to try his hand at the all-electric series. “I’ve been looking forward to the chance to get behind the wheel of a Formula E car,” said Andretti. “Having never been in the car, it’s a bit of an unfamiliar situation for me but the team’s pace looks solid enough for a great result. I like unknown situations; I’m up for the task.”

The third-generation racer will be the only American competing on the 12-turn circuit at Puerto Madero. He will team up alongside Jean-Eric Vergne, who secured pole and challenged for the win during his debut last race at Punta del Este.

The Michael Andretti-led team is currently fifth in the championship standings.