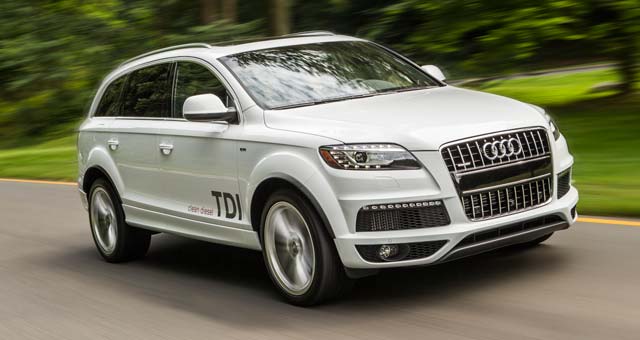 The next-generation Audi Q7 may be available with a diesel plug-in hybrid engine option according to a new report from Automotive News Europe.

Automotive News says that Audi development chief Ulrich Hackenberg disclosed this summer that Audi was working to beat its German rivals to market with a plug-in diesel. He said the A8 and Q7 would get a plug-in diesel variants but stopped short of confirming which model would be first. He said the drivetrain will combine a 3.0-liter V-6 diesel and an electric motor.

According to a report, the Audi Q7 diesel plug-in hybrid model would be available in Europe and the United States after the new versions of the gasoline- and diesel-power Q7s were introduced next year.

The Q7 will be the second plug-in diesel offered in Europe after the Volvo V60. The Swedish automaker debuted the car last year and has sold more than 10,000 units of the V60 plug-in hybrid, which starts at 56,200 euros in Germany.