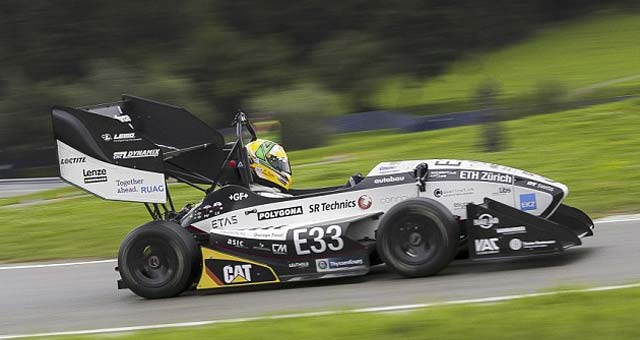 The Formula Student team at the Academic Motorsports Club Zurich (AMZ) have claimed a new world record for electric car acceleration: ‘Grimsel’ electric car smashed the previous world record when it accelerated from 0 to 100 km/h (62 mph) in just 1.785 seconds.

The previous record of 2.134 seconds was held by an electric car built by Delft University of Technology. The new record was set at the military airfield in Dübendorf, where the vehicle reached a speed of 100 km per hour in less than 30 meters.

The new record-breaking vehicle is a Formula Student electric car that was developed and built in less than a year by 30 students at ETH Zurich and Lucerne University of Applied Sciences and Arts. 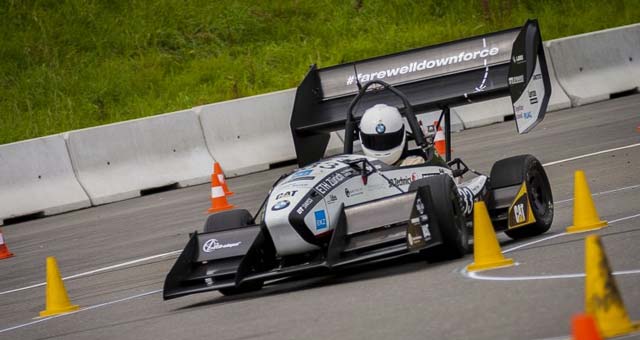 The ‘Grimsel’ is the fifth AMZ electric car and the result of continuous development. The carbon fibre construction has a total weight of 168 kg and produces about 200 hp (147 kW). A four-wheel drive is implemented with four specially designed wheel hub motors, which generate a total torque of 1630 Nm at the wheels. By means of traction control, torque distribution is controlled individually for each wheel to maximize vehicle acceleration. No other production vehicle in the world has reached a similarly strong acceleration.

AMZ was founded in 2006 ivy ETH students and produces a prototype racing car to compete in various student formula competitions in Europe every year.

The Grimsel electric car will be presented to the public at “Student Power Day” on November 9th at the ETH Hönggerberg campus, with test rides planned between noon and 2pm.