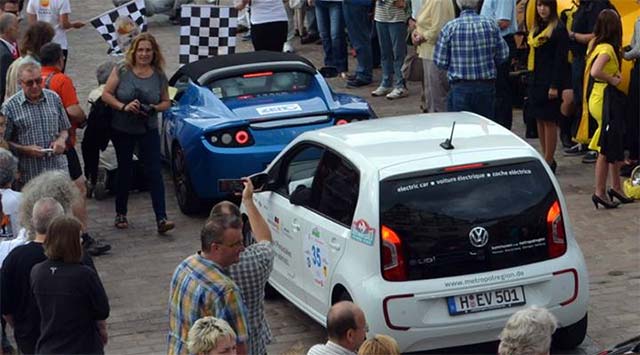 Many electric car enthusiasts from all over the world who will take part in June traveling over 1,000 miles through three countries in central Europe.

In 2016 WAVE Trophy starts on June 11th in Bremerhaven (Northern Germany) and travels down to France. The convoy will stop at the United Nations in Geneva and finish near Basel, Switzerland on 18 June 2016. On the way the participants will stop in 60 cities using   the WAVE gathering to raise awareness of green transport and promote sustainable living. It is also an opportunity for participants to enhance their knowledge about electric vehicles, to network and socialises.

WAVE founder Louis Palmer is holder of the UN Environmental Programme “Champion of the Earth Award“ for driving two times around the world in solar powered vehicles. He spoke about WAVE 2016 and said “After the signing Paris Climate Change agreement we feel it is not enough to inspire. So through the WAVE international electric vehicle trophy and school’s initiative we are acting. We urge society and leaders to be part of the needed change – now it’s time for action, before it’s too late.”

You can read more information here.