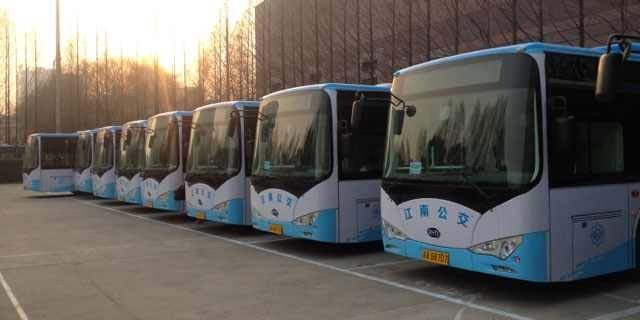 The city will be taking delivery of more than 600 BYD K9 battery-electric Buses, 50 of which were delivered for the city’s Youth Olympic Games in August 2014.

Authorities also placed an order for 400 of BYD’s all-electric e6, a 5-passenger cross-over utility vehicle, some of which have already hit the streets. Nanjing Jiangnan Electric Taxi Ltd. will be operating the electric vehicles.

Nanjing is one of the pilot cities in China that has been chosen by the Central Government to participate in air quality improvement programs. In November of last year, Nanjing and BYD signed a strategic co-operation agreement that also brought BYD to the area to build and develop their zero emission products.

“The Nanjing announcement will create one of the world’s largest fleet of pure electric public transport vehicles and certainly the largest supplied by BYD to date,” said Isbrand Ho, a BYD Managing Director. “This is a positive sign of the growing acceptance of pure electric transport vehicles such as the ebus having a significant role in making urban environments less polluted.”