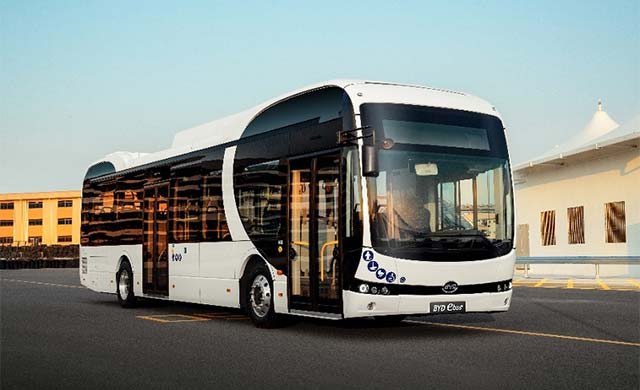 As the largest public transport provider in Spain, EMT Madrid operates 2,100 vehicles with deliveries of the new electric BYD fleet scheduled to commence at the beginning of 2020.

The latest BYD vehicles have been ordered as fleet replacements, thus further increasing the percentage of zero-emmission buses in the EMT Madrid fleet. The new BYD electric buses will serve routes across the city.

The contract is the latest in a series of major orders for BYD from across Spain, with Barcelona, Valencia and Badajoz all having placed orders for BYD eBuses.

Significantly, Badajoz in the southwest of the country has just received the 50,000th eBus built by BYD – part of an order for 15 vehicles delivered last week. Badalona, to the northeast of Barcelona, is shortly to receive eight BYD eBuses.

The Portugese city of Coimbra is also gearing-up to receive a delivery of eight BYD eBuses next week, with BYD extending its customer portfolio across the Iberian peninsula.