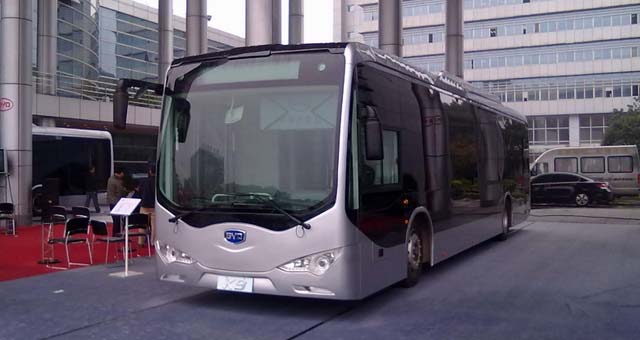 BYD Motors announced today that it had agreed to mutually terminate its contract with Long Beach Transportation Company (“LBT”) for the delivery of 10 electric buses.

BYD said that the Federal Transit Administration (“FTA”) withdrew funding of the contract as a result of a good faith error in BYD’s pre-bid disadvantaged business program certification in February 2013.

LBT announced that BYD won the competition for the contract on March 24, 2013. Based on the contract award, BYD then submitted a percentage goal for purchases from disadvantaged businesses in June 2013. The FTA concluded, however, that BYD should not have certified to compliance prior to submitting a goal, even though submitting a goal in the absence of a contract award would have been meaningless.

Regardless, both the FTA and the LBT attorneys agree that BYD is now eligible to participate in any future contract funded by the FTA as a result of its June 2013 program goal submission.

The FTA-funded stress testing in its Altoona, Pennsylvania, facility, of the BYD electric bus—the same model to be delivered to Long Beach Transit—has resumed and should finish soon.

“It is surprising that the FTA waited nine months to withdraw funding from this contract—after BYD spent millions of dollars—due to what can only fairly be described as a technical error that in no way casts doubt on our deep commitment to purchase from disadvantaged businesses. In an effort to demonstrate our good will to both the people of Long Beach and the FTA, we have agreed to mutually terminate the Long Beach Transit contract so it can be re-bid without delay. We are confident that we will prevail in any competitive re-bid in the future for the same reason we prevailed last year: Our superior technology,” said Stella Li, CEO of BYD Motors.

Mar 27, 2014Blagojce Krivevski
Audi and LichtBlick to Offer Green ElectricityBMW i Attends The Energy Efficiency Forum 2014; In The Spotlight: The BMW i3 And BMW i8