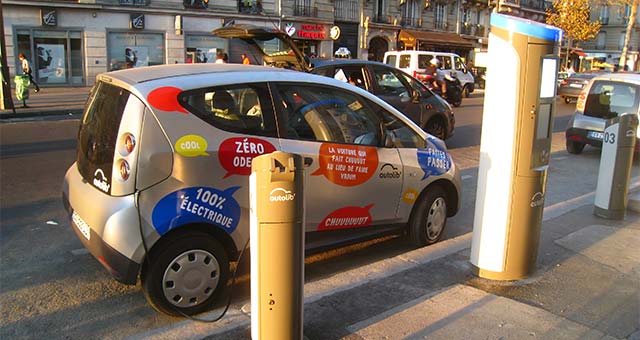 Paris’s Autolib electric carsharing service has filed a complaint for industrial espionage after two employees of a firm that works for German carmaker BMW were found closely scrutinizing the scheme.

The two technicians, who work for Aachen-based engineering company P3, were arrested on September 5 after being spotted using electronic equipment to conduct tests at Autolib’ recharging stations, the report said.

The following day, the alleged spies were once again seen at an Autolib station, this time in the city’s second arrondissement.

According to reports in French daily Le Figaro, when questioned by staff, the two men said they worked for BMW, before quickly leaving the scene.

P3 is an engineering firm contracted by BMW to lay the groundwork for its upcoming I3 electric car.

Both P3 and BMW France have denied the allegations, which come two days before the start of the Frankfurt Motor Show.

BMW said it was just testing the charging points for compatibility with its new electric model, the i3, soon to hit the market. P3 said it had been commissioned by several manufacturers to carry out standard tests on charging systems and denied any interference with the stations.

Launched in December 2011 by the Bollore group, the Autilib program has 34,000 subscribers paying to use 1800 electric Bollore Bluecar EVs in Paris and its suburbs. The Bollore group is expanding the scheme to other French regions.