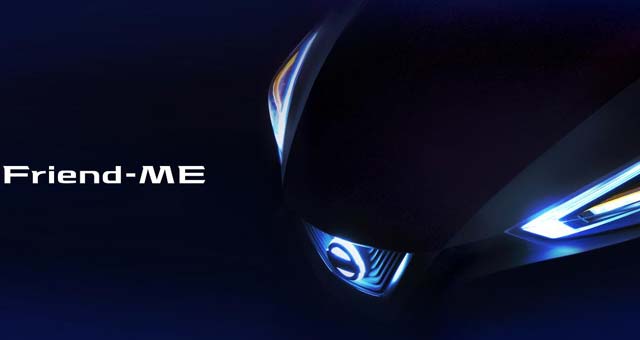 The Friend-ME concept, set to debut on April 20, is being developed by designers working at Nissan Design China in Beijing.

Nissan says local designers were fully engaged in the design as well as the development process of the Friend-ME concept.

Nissan says the Friend-ME concept is designed for China’s “vibrant, young generation”, which makes up “one of the most exciting segments” in the world’s largest car market.

There aren’t too many details about the concept, but according to Nissan, the Friend-ME concept will feature an unique center console that allows “Four Seats, One Mind Connectivity” – equal information sharing among all aboard. What that means at this point is anyone’s guess, but the Chinese market demands a lot of technological goodies in their automobiles.

Overall, Nissan will display 20 vehicles at the Auto Shanghai 2013, including the GT-R, Quest, Murano and the Teana global sedan. It will also showcase models made by its Chinese joint-ventures, Dongfeng Nissan Passenger Vehicle Company (DFL-PV) and Zhengzhou Nissan Automobile (ZNA).