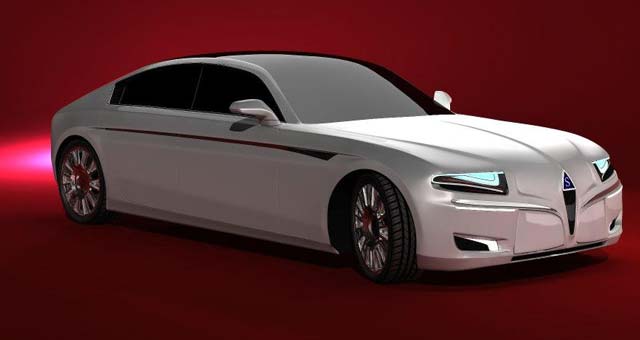 This is the Silex Chreos electric sedan, a concept to envision a future luxury sedan characterized by electric propulsion.

According to Silex Power, a green energy firm based in Malta, the Chreos electric sedan will hit production in 2015. A limited run of 300 models are planned, so one can expect the Chreos will be rather expensive.

At least on paper, the Chreos electric sedan has what it takes to do well. Driven by four electric motors, one in each wheel, the Chreos develops 640hp of power and 4400Nm of torque.

Here is a video offering a rendered look at the Chreos concept car.

The driving mode of the car can be adjusted in various phases, ranging from Performance to Economy (the car will automatically adjust the driving mode according to the driving scenario, or it can be selected by the driver).

Under the economy mode driving, the front motors of the car are switched off and the rear motors operate at a reduced energy so as to conserve energy and extend the autonomy of the vehicle.

Chreos will also be the first vehicle to sport the Silex Hypercharge technology, allowing the discharged battery pack to reach 100% full charge in less than 10 minutes. Silex and its partners have developed a Lithium battery variant, which has a modified cathode that allows rapid charging.

The batteries have a power density that is higher than that used on other mainstream electric vehicles (circa 400Wh/kg compared to the 200-250Wh/kg). The batteries will be specially manufactured for Chreos and other future Silex vehicles by an existing battery manufacturer. These batteries are very expensive compared to other batteries currently on the market, thus Silex has decided to go first with the premium luxury fastback sedan Chreos which will pair the expensive and performing drivetrain together with extreme luxury and technology.

The second port -–Hypercharge – is a custom port that will allow Chreos to reach full charge in under ten minutes. Requiring high voltage (10-15,000 volts) the port will deliver the massive amounts of power required to charge up the batteries utilizing a low current, and thus standard copper wires. Silex hopes that this revolutionary approach to rapid car charging will bring a spur in the installation of such charging points alongside fuel pumps that will serve to charge up Chreos and vehicles from other manufacturers that will embark on the fast charging lane.