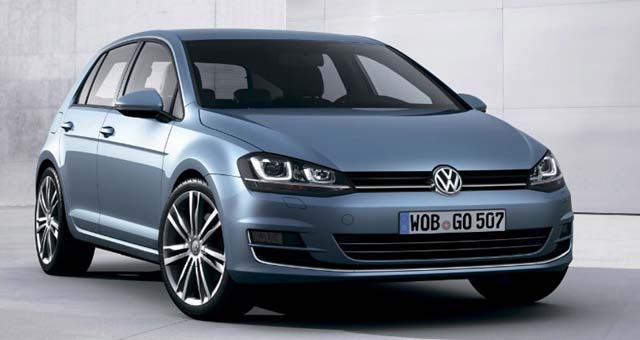 Volkswagen will launch a Golf MK7 plug-in hybrid for European market in 2014.

The Volkswagen Golf Plug-in Hybrid will be based on the same powertrain and flexible MQB platform as the concept version of the Audi A3 e-tron plug-in hybrid.

The Volkswagen Golf MK7 Plug-in Hybrid can travel in electric mode for up to 31 miles (50 km).

The Golf MK7 Plug-In Hybrid will be officially revealed at the 2013 Geneva Motor Show next month.