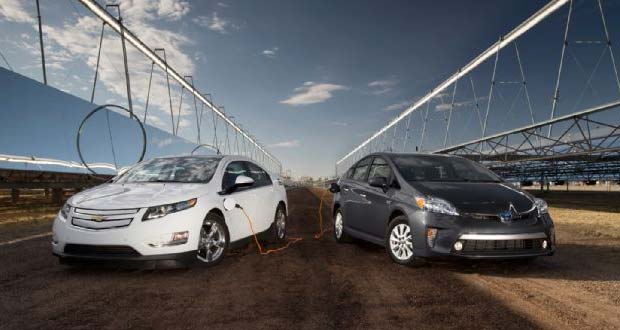 For the first time since January 2012, Nissan’s LEAF has outsold the Volt with 1,539 deliveries last month. For the year, Nissan has sold 9,674 LEAF EVs.

UPDATE
Ford sold 1,259 units of its C-Max Energi plug-in hybrid in November. The Dearborn automaker has tripled to more than 200 the number of dealers certified to sell its lineup of plug-in electric vehicles, including the new C-MAX Energi plug-in hybrid. Ford sold 144 of the plug-ins in October—vehicle’s first partial month on the market.

Honda reported selling 16 units of the Fit EV in November—bringing the total for the year to 74 units, while Mitsubishi sold 42 ‘i’ electric cars.