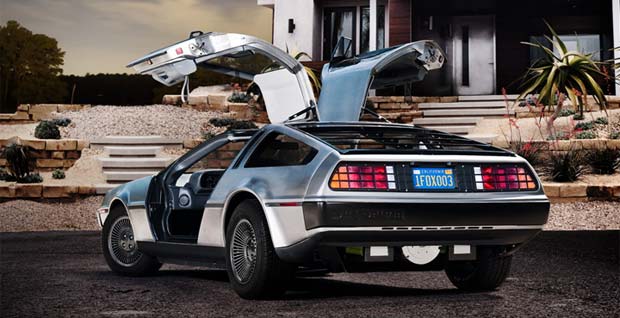 We first heard about the electric DeLorean DMCev last October, but the prototype made an appearance at the 2012 New York Auto Show.

Thanks to Autoblog, we know now that the DeLorean DMCev will arrive in early 2013 with a starting price tag in the range of $95,000.

The company is promising that it will cost about $0.02 per mile to drive DeLorean DMCev — considerably less than the mediocre fuel economy offered by the gasoline engine version DMC, which added up to about $0.15 a mile.

You can recharge the DeLorean DMCev from “an average trip” (40 miles usage) with a standard household 110v outlet for about three to four hour and when using the 220V connection, that time is cut to less than 2 hours.

If the battery pack of the DMCev is really, that charging time to get back to full takes 4-5 hours with the 220 line.[wzslider height=”400″ lightbox=”true”]