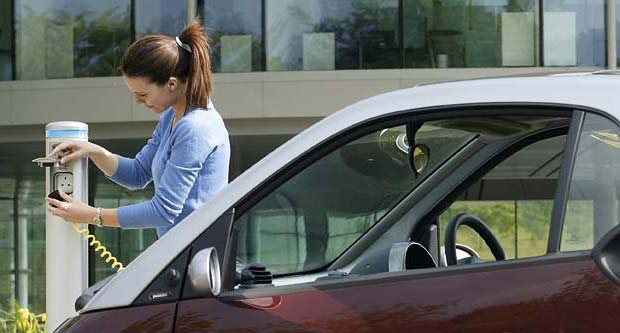 Elektromotive has won a contract from the Electricity Supply Board (ESB) to supply a network of electric vehicle (EV) charging stations across the Republic of Ireland.

Beginning this December and continuing into early 2012, the roll-out forms part of an ambitious plan to make EVs a major part of the Republic of Ireland’s green transport strategy.

The UK-based EV recharging point manufacturer will supply 200 highly advanced ‘twin-head’ Elektrobay charging stations as part of the €1.2 million deal, with the installations carried out by the company’s partner, Carra Ireland.

Each Elektrobay is capable of charging two EVs simultaneously and will add to the burgeoning network of chargers that Elektromotive has supplied to the Republic of Ireland over the past two years.

Delivery and installation of the first batch of 21kwh three-phase Elektrobay chargers is scheduled to begin at the start of December, with each charger featuring 62196-2 standard sockets and Mode 3 connectivity. The Elektrobays will operate on the ESB ‘ecars’ charging station network, with plans to expand the network to around 1,500 public charging sockets.

Since launching its first Elektrobay charging station, Elektromotive has developed a full range of recharging products for all types of plug-in EVs, including its Home Charger, Fast Charger (rated at 400 Volts AC) and a DC-DC 50KV Rapid Charger, which is capable of charging compatible EVs to 80 per cent of their charge in just 20 minutes.