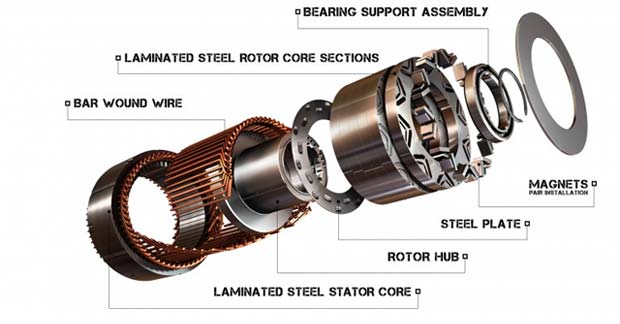 GM has released details of the first electric motor to be built in White Marsh, Md. near Baltimore in late 2012, the 85 kW (114 hp) permanent magnet motor to be used in the 2013 Chevrolet Spark EV.

The White Marsh facility will produce electric motors for the Spark EV and other future vehicles.

GM is focused on the development of permanent magnet and induction motors for a variety of applications, and the White Marsh facility will produce such motors for the Spark and other, as-yet-unnamed future vehicles.

General Motors will become the first American carmaker to build its own electric motors when production begins in White Marsh facility.[wzslider height=”400″]