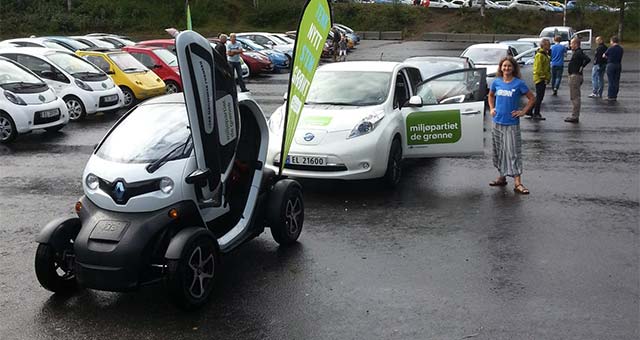 Subsidies for new electric vehicle purchase serve only to reduce second hand values and pose a threat to the viability of the future EV market.

Those are the conclusions of an independent pan-European study of the impact of EV purchase subsidies led by CAP Consulting, the consulting arm of CAP Automotive.

A cautious market view of EV’s means they already typically depreciate around twice as heavily as a conventional car, such as the Volkswagen Golf or Ford Focus. But CAP’s new report – delivered to manufacturers at next week’s Frankfurt Motor Show – demonstrates that used values are forced down even further by the government subsidy.

CAP Consulting analysed the used market performance of the Nissan Leaf in the UK, Germany, France and Italy to compare values in countries with and without a purchase incentive subsidy.

They found a direct correlation between stronger used values in Germany and Italy – where there are no plug-in car grants – and weaker values in the UK and France, where new car purchases are subsidised by the government. They also identify that France, as the country with the highest subsidy, also sees the lowest used values for the Leaf.

The report also concludes that the removal of subsidies will widen the gap between new and used values so far as to threaten the economic viability of choosing a new EV in the future.

He said: “Our analysis of used market values across markets with and without a subsidy clearly shows that grants are ineffective as a means of reducing ownership costs and, worse still, their inevitable eventual removal will cost new EV owners thousands in additional depreciation.

“This is because the used value is now established in each market and when the subsidy is removed in the UK and France, the additional cost of a new vehicle will never be retained by a higher residual value.

“As it stands, 12 month depreciation levels in the UK already amount to almost half the subsidised new price for a Nissan Leaf. Without the original £5,000 subsidy, total 12 months depreciation over the first year would amount to over £17,000. With average depreciation for a comparable specification diesel Volkswagen Golf or Ford Focus currently standing at around £7,000, this would make the economic argument for buying the Leaf all but impossible to make even with the potential fuel cost savings.”

The report argues that government investment to encourage take-up of ultra-low emission vehicles would be better directed in future toward supporting provision of ‘in life benefits’. These include incentives such as ‘green badge’ parking schemes, permission to use bus and multi-occupancy lanes and exemption from many city centre driving restrictions. It cites the example of Norway, where Europe’s largest penetration of electric vehicles has been achieved partly through such incentives.

The report is entitled ‘Impact of government subsidies for electric vehicles on used market values’.