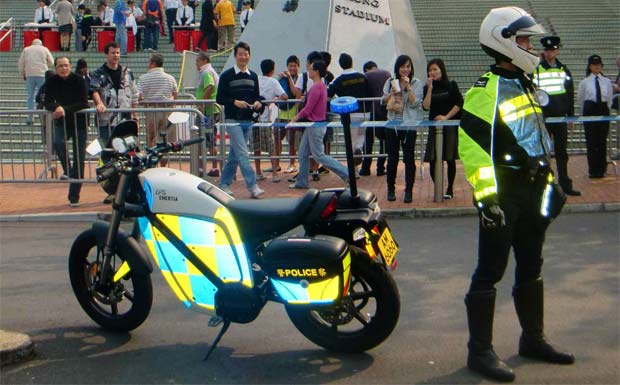 The Brammo Enertia Plus motorcycles will be driven year-round by engineers in the Water Supplies Department to reach district service locations, while the Hong Kong Police Force will employ the 2012 Enertia Plus LE to conduct traffic duties in various city districts.

The Enertia Plus LE (Law Enforcement) is based on the Brammo Enertia Plus civilian model, but is equipped with special features that tailor it for authority patrol use. All vehicles will be supplied through Brammo’s exclusive dealer in Hong Kong, JCAM Advanced Mobility Company Ltd. (JCAM).

Brammo’s first-in-class product has garnered widespread attention and support since its initial introduction to Hong Kong streets over one year ago. Among its early advocates was Secretary of Commerce Gary Locke, who admired the Enertia Plus at an all-U.S. Electric Vehicle Showcase over which the then-Secretary presided in May 2010 at Hong Kong’s Disneyland, as part of the Clean Energy Mission he led to Hong Kong and mainland China.